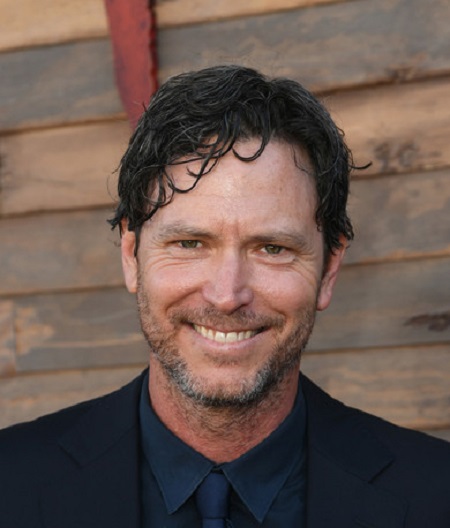 Facts of Will Beinbrink

Bethesda born Will Beinbrink is an American actor who started his career as an actor back in 1998 and still continuing his career very successfully. With more than 65 acting credits in his name, he is very famous for his work in movies and series such as Numb3rs, Fashion House, Medium, American Heiress, The Watermelon, It: Chapter Two.

Will Beinbrin was born under the birth sign Virgo on September 1, 1973, in Bethesda, Maryland, USA. He is of American nationality and belongs to white ethnicity.

He was raised alongside his two brothers in different countries especially in South Korea due to his father's work. His father was an officer in the Navy but died in 1997 due to pancreatic cancer and H.U.S.

My brother with our father in Korea on Christmas day! He continually inspires me, challenges me, encourages me and is always there for me. I feel infinitely lucky to have my brother be one of my best friends! To many more years! #nationalsiblingsday

Talking about his education, he completed his schooling from La Jolla High School.

What is His Relationship Status?

The 46 years old Will Beinbrink is in a romantic dating relationship with Tamar Pelzig who is also an actress as well as a writer. Well, the exact information related to thier love life is unknown but while going through the brief inspection of thier social media, we see pictures of them together since early 2017. Since then the pair has shared lots of pictures of them together flaunting thier romantic love life. It seems like they are enjoying it fully.

However, they have not planned on getting engaged and marying soon.

How Much Is The Net Worth Of Will Beinbrink?

Will Beinbrink's net worth is estimated to be around $500 thousand. Well, he is already on the halfway to be a millionaire. He has acc u mulated all of his worth from his acting career as the average salary of an actor is around $55 thousand per annum.

Taling briefly in his career, he made his acting debut from a small role in the To Hell with Love as Maria's Date. After two years, he made his appearance in a short film named Soledad. After that, he has worked in movies and series including 100 Stories, The Streetsweeper, Related, Fashion House, It's Always Sunny in Philadelphia, The Seven Greatest Bathrooms in Los Angeles, NCIS: Naval Criminal Investigative Service, The Disappearance of Eleanor Rigby: Her, Manhattan Night, It: Chapter Two.

His two movies Invisible Lines and The Exorcism of God is under post-production and will be released this year. As of now, he is busy filming the TV series, The Underground Railroad.