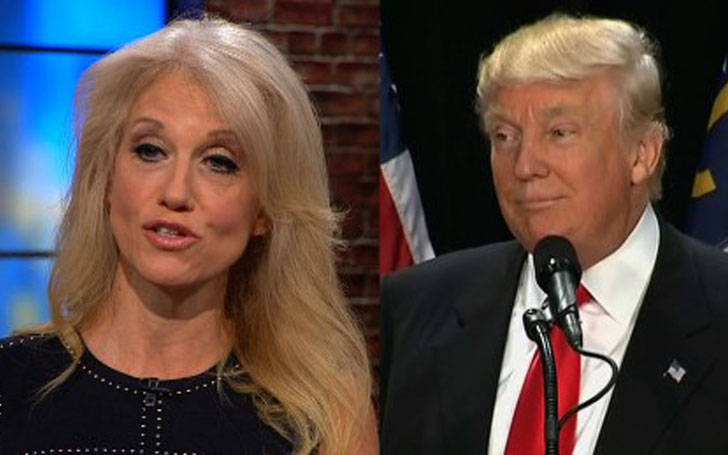 Kellyanne Conway is everywhere, she is the topic of news and articles worldwide.  After all, she is the first ever woman to run a successful presidential campaign.

She was the election campaign manager to present POTUS (president of The United states) Donald Trump. Donald Trump’s win is heavily credited to her.

However, the campaign has been one of the most dramatic and hateful election campaigns in US history. From 3-5 million people marched in the women’s march in the first day of president’s trump presidency.

Kellyanne Conway is in every news channel and talk shows defending Donald Trump’s twitter reactions and speeches. She is currently the advisor/counselor to President Donald Trump

Advisor of the POTUS: Kellyanne Conway

Even if her actions aren’t deemed ethical and she seems to be contradicting and bending facts most of the time, she did run a successful election campaign and is now the advisor to 45th POTUS.

One could see her as a strong individual and a strong woman from sort of perspective, let’s suppose so. Yes, she has been in the news a lot recently.

But everyone has a past, let’s find out what Kellyane Conway was up to before becoming this important and popular.

Kellyanne is now 49 year old. She has been married to George T. Conway III since 2001 and has 4 children with him. That’s her personal life.

She has had quite an eventful professional life as well. She is a political science graduate from Trinity Washington University.

She started her polling firm journey with Wirthlin Group which is a republican polling firm. In 1995 she founded her own firm called ‘The polling Company’.

She was a consumer trend consultant to popular brands like Vaseline, Hasbro, and American Express.

Most recently she appeared on Sunday’s ‘’Meet the Press’’  as President Trumps counselor and defended Sean Spicer, White House Press Secretary for mentioning false talks about Trump’s inauguration , claiming they are not lies for ‘’alternative facts’’.

She has been under criticism, in fact the new government as a whole has been under scrutiny and controversy all through the campaign, inauguration and now even more after Kellyanne used the term ‘’alternative facts’’ to replace lies.