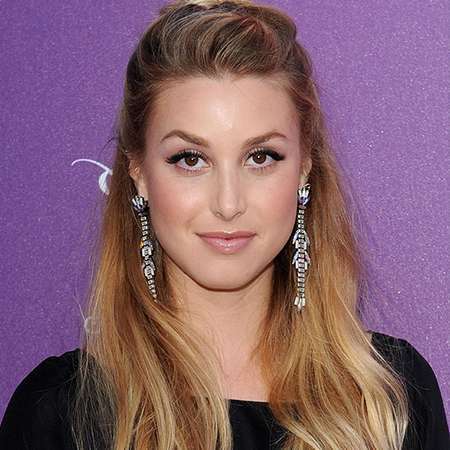 Whitney Port born on March 4, 1985 in Los Angeles, USA as Whitney Eve Port is an author, an American television personality and also a fashion designer. Whitney was born to her father Jeffery and mother Vicki. Her Father was the owner of the fashion company Swarm. He died in March 2013 due to kidney Cancer. Ashley, Paige and Jade are the three sisters she has and her brother’s name is Ryan. She was raised in a Jewish household environment. She went to Warner Avenue Elementary School and was also made the class president whilst in the fifth grade. During her Middle and High School she studied at Crossroads School. With a major in gender studies, she graduated from the University of Southern California in 2007. Post graduation she did internship for magazines like Women’s Wear Daily and W. Although Whitney hasn’t confirmed it is rumored that she joined Kappa Alpha Theta Sorority while in Universityof South California.

Whitney appeared on the MTV reality show The Hills.  The reality show ran around the life of Lauren Conrad, her housemate Heidi Montag and two friends Whitney port and Audrina Patridge. During the production of the first season of the reality show her co-star Lauren Conrad and she interned with Teen Vogue. They made it to be the Cover girls of Teen vogue from being interns in August 2007. She was promoted up to being West Coast fashion contributor for Teen Vogue; however Whitney left the internship in the year 2008 and started working in Kelly Cutrone’s PR firm, People’s Revolution. It was in March of 2008 that Whitney launched her first fashion line “Whitney Eve”. The end of year 2008 also concluded the fourth season of The Hills. She also appeared in the spin-off series The City. The series aired its final episode in July 2010 and got finally cancelled in October that year. In the late 2010 she appeared on the online series Hollywood is like High School with Money, she was the executive producer of the series. She also got a platform to promote her “Whitney Eve” collection. Maxim featured Whitney on its magazine spread in January 2011. In the next month of the year she released her first book True Whit: Designing a Life of Style, Beauty and Fun. She joined eighth cycle of Britain and Ireland’s Next Top Model in 2012 as one of the judges.

She did a cameo playing as her on the 2012 movie What to Expect When You’re Expecting.

She dated MTV reality star Ben Nemtin of the series “The Buried Life”. Talking about Ben to PEOPLE in 2011 she said “I think he embodies all of the qualities of the perfect boyfriend”. But later that year Whitney and Ben broke up due to reasons not publicly known. In 2013 she got engaged to her boyfriend of already a year Tim Rosenman who also was the associate producer of the series The City. About the engagement she said that she feels it as being surreal and is just trying to live the moment right. Lately in 2014 there were rampant rumors about Whitney being pregnant but it has not been officially confirmed by her or the concerns.

She is an American of White/Caucasian Ethnicity.

Her hot and steamy pictures as well as her pictures with her fiancée and pictures and scenes from her series are available online. Hard copy of her pictures featured in different magazines can also be found.

She hasn’t yet achieved any official awards or proclamations but this young talent already has a considerable fan following.

This 28 year old diva has already collected an estimated net worth of $3.5 million.