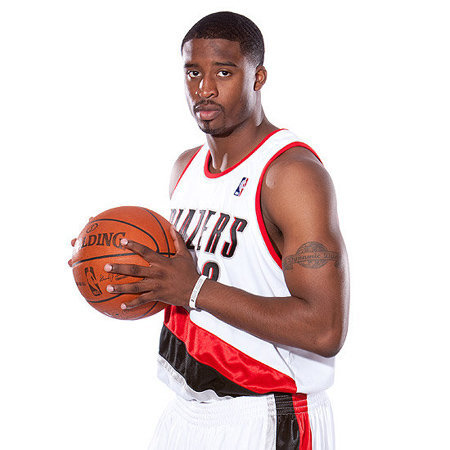 His childhood seems to have been highly influenced by his father, a former NBA point guard, NBA Champion and All-American runner. Wesley Jr. started playing at school and starred on basketball and soccer teams of the James Madison Memorial High School. On 2005, he was selected as Mr. Basketball for the state of Wisconsin. Matthews attended the Marquette University and played college basketball for the college team.

He rose to fame playing University basketball and despite lacking height at that age, managed to become one of the most prominent players in the nation. Against the Tennessee Volunteers on December 16, 2008, Matthews made his career-high score with 30 points. He made a school record for field goal accuracy against Rutgers by scoring 23 points in an 81-76 win.

Wesley’s professional career started after he was not drafted in the 2009 NBA draft. He joined the Utah Jazz for the Orlando Summer League and signed a one year deal with Jazz. He also joined the Sacramento Kings for the Las Vegas Summer League. On July 10, 2010 Matthews was offered a $34 million offer to sign into the Trail Blazers, which he accepted. The deal was officially signed on July 21 the same year. On the first season with the Blazers, he improved his three point shoot from 38 to 41 percent and averaged 15.9 points. After playing 250 consecutive NBA games, he sat out on one, owing to an injury.

He is nicknamed the Iron Man due to his willingness to play through minor pain and injuries. Matthews became the leader in three-point field goals for the Trail Blazers on January 17, 2015 by making a record 774 scores. On a game against Dallas Mavericks on March 5th 2015, he broke his left Achilles tendon and did not play for the rest of the season. A four year deal was signed with the Dallas Mavericks on July 9, 2015.

As far as his personal life is concerned, Matthews currently seems to be single. No information is available about if he has previously been married or divorced. It is, however, a well-known fact that his relationship with his father is a strained one as his father is said to have not been around when he was growing up. His father is trying to mend the relationship up in his own way possible by appearing regularly in his games and contacting through text messages. The problems between them will hopefully mend over time.

Wesley has a height of 6 feet 5 inches and he weighs 100 kg. He has a net worth of 9.8 million dollars and has acc u mulated a huge number of fans.