Wendie Malick is a Canadian-American former-model-turned-actress. Her movie appearances include The American President, Apollo 11, Racing Stripes, and Confessions of a Shopaholic. On television, she is most known as Judith Tupper Stone in Dream On and Nina Van Horn in Just Shoot Me!

How Old is Wendie Malick? What is her Height?

Wendie Malick was born Wendie Diane Malick on December 13, 1950, to Ken Malick, a salesman, and his wife, former model Gigi Malick. She is 69 years old as of the time of this writing and stands at 5 feet 10 inches (1.78 meters).

Wendie Malick started her career as a fashion model and at one point, was signed with the Wilhelmina modeling agency.

She made her on-screen debut in the late-1070s and her feature film debut in 1982's A Little Sex. Since then, she has featured in a litany of movies including Mr. Mike's Mondo Video, Funny About Love, The American President, Apollo 11, Trojan War, Manna from Heaven, Adventureland, Confessions of a Shopaholic, Adventures of a Teenage Dragon Slayer, Knucklehead, Jewtopia, Endings, and Beginnings. 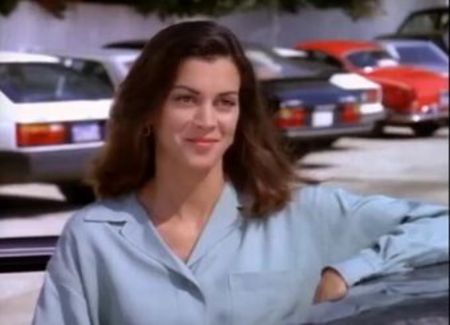 On television, she is most known for playing Gayle Buchannon in the original Baywatch TV series of the nineties, Judith Tupper Stone in the HBO/Fox sitcom Dream On and Nina Van Horn in the NBC sitcom Just Shoot Me!.

Besides that, she had prominent appearances as Ronee Lawrence in Frasier, Naomi Clark in Jake in Progress, Jane in Big Day, Victoria Chase in Hot in Cleveland, and Captain Cole in Rush Hour.

As a voice actress, she had various roles on animated TV series like Ozzy & Drix, Kim Possible, The Adventures of Jimmy Neutron: Boy Genius, The X's, The Emperor's New School, BoJack Horseman, and The Owl House.

Is Wendie Malick Married? Does She Have Children?

Wendie Malick has been married twice in her life. Her first husband was actor-screenwriter Mitch Glaze, with whom Malick was married for seven years from January 1982 to November 19, 1989. 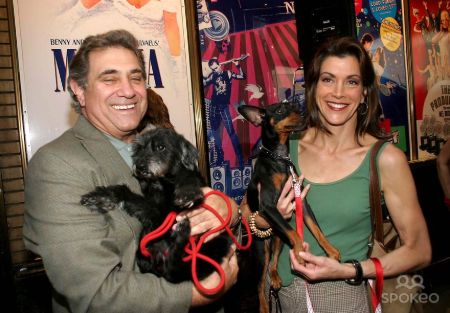 Malick married for the second time to Richard Erickson on December 29, 1995, and they have been together ever since. They are listed as residing in Santa Monica, California. Malick has no children of her own but she and her husband often donate to charitable causes including running the "Adopt-A-Family" initiative for the homeless.

Has a Net Worth of $16 Million

According to celebritynetworth.com, Wendie Malick has a net worth of $16 million in December 2020. Malick is a 42-year veteran of acting and has appeared in nearly 170 films and movies. Her wealth, thus, comes from her many movies and TV appearances.