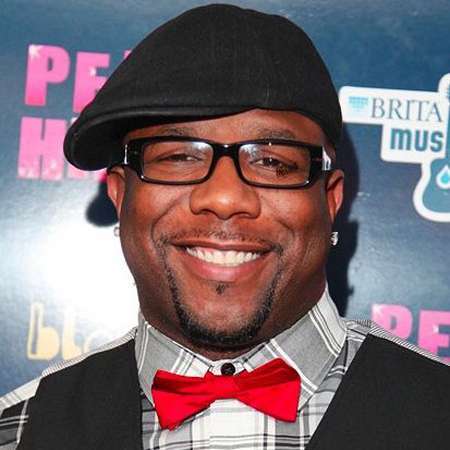 Wanya Morris is a popular American singer and a band member of the Grammy Award-winning group Boyz II Men. The band dominated the music charts in the late 80s and 90s. He is mostly recognized by people for his work and performance with the Boyz II Men.

Morris is also known for his participation in season 22 of Dancing with the Stars where he was partnered with Lindsay Arnold. The popular music artist, Wanya currently lives a happy married life with his wife and kids in New Jersey.

Wanya's father, Dallas Thornton was a storekeeper and his mother, Carla Morris worked in a departmental store. His parents were never married and split while he was still a child. He is the eldest among 4 children of his parents. He spent most of his childhood time in Richard Allen, Philadelphia.

Wanya was interested in music and arts from his early childhood. Even when he was in school, he was centered on playing and listening to music than in education. He attended the renowned Philadelphia High School for the Creative and Performing Arts (CAPA).

Wanya Morris's journey in the music career began at the time he was attending school. He joined Boyz II Men, founded by his classmates Nathan Morris and Marc Nelson.

Morris was a part of the group's first album Cooleyhighharmony. Their first song from the album, Motownphilly reached No. 1 on the R&B charts while hit the top five on the pop charts. The boy band gave several hits after their first song including It's The End of the Road, On Bended Knee, and I'll Make Love to You among others.

He worked in his unofficial solo project Unreleased which was released on June 4, 2007, which also helped him to rise up his career across.

Apart from his career in music, Wanya fostered his passion for dancing in 2016 when he took part in Dancing with the Stars in its 22nd season, and he was paired up with one of the best professional dancers of the competition Lindsay Arnold.

After his journey in the competition ended, he revealed to People that he lost around 24 pounds weight within a week while he was in Dancing with the Stars.

The Boyz II Men group member Wanya Morris has earned a good amount of money with his association with the group and his singing career. As per celebritynetworth.com, Morris' estimated net worth is around $60 million.

The Richest reported, he received a good amount of money for his appearance in the dance reality show Dancing with the Stars in 2016. According to the site, she received a total of $345,000 for signing the contract. In 2011, he earned $23,920 by the record sales of the album Twenty with the group Boyz II Men.

Talking about Wanya Morris' marital status, he is a married man and living a happy married life with his children. He is married to designer Traci Nash and has two children with her. He married Nash on May 11, 2002.

Wanya was in an affair with Brandy who is an R&B singer, and their love story started in the middle of the ’90s.

But the dimension and direction of their love where it took over was the unknown fact among the people. Wanya is a free traveler, and he is good in his traveling collections as well as gaining experiences.

Wanya is also called out by his nickname Squirt. He stands at a medium height of 5 feet 8 inches and his body weight.