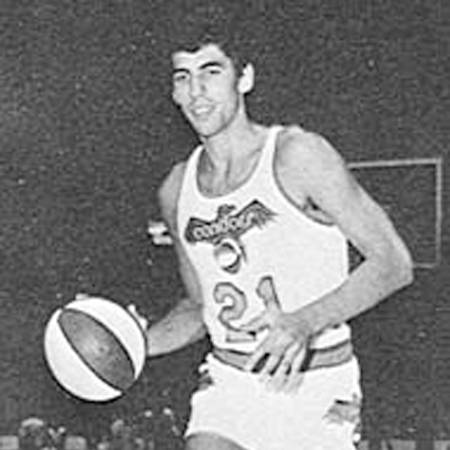 Walter Szczerbiak Sr. was born on 21st August 1949 in Hamburg, West Germany. His family later moved to United States while he was still small and thus began his basketball career.

Walter went on to attend Saint Casimir High School where he began playing basketball furiously and then continued the same passion while in George Washington University in 1967. He continued playing basketball in college till 1971. He then went on to announce that he was ready to be selected in the 1871 NBA Draft. He thus was picked in the 4th round as the 65th overall pick by the Phoenix Suns. He was also drafted in the 1971 ABA Draft by the Dallas Chaparrals. However, Walter did not go to play for Phoenix Suns or Dallas Chaparrals. Walter played also in the 1971-72 season as a member of the Pittsburgh Condors in the ABA.  He went on to join the Kentucky Colonels that selected him in the Condors dispersal draft but unfortunately was cut out from the Kentucky’s roster. Walter went on to join in various championships and won with many leagues including Spanish and Euro. Walter went on to win a total of three Euroleague titles while with the Spanish league club Real Madrid in 1974, 1978 as well as 1980. While in a match against Barcelona, Walter went on to score 47 points. Later after two years, he made the record for the most points in a league game with 65 points against the club Breogan. Walter went on to win the FIBA Intercontinental Cup with Real Madrid three consecutive years in 1976, 1977, 1978. In 1977 edition of the FIBA Intercontinental Cup, Walter was names the MVP.

Walter married Marilyn with whom he had three children named Wally Sacaerbiak, Will and Wendy Szczerbiak. The couple has not had any disturbance in their marriage till date. They have not had a divorce or any kind of extra marital affair. Wally, their eldest child played basketball for the NBA for clubs like Minnesota Timberwolves, Boston Celtics, Seattle SuperSonic, and Cleveland Cavaliers. He also became a NBA All-Star in 2002. Wendy is known to take part in the 2006-2007 women’s basketball tournament.

Walter is currently 65 years old, weighs around 95 kgs and is 6 feet 6 inches tall. He was chosen as one of the 50 most influential personalities to European club basketball by the Euroleague Basketball Expert Committee. He was in the team that won the Continental Basketball Association Championship in 1973, 3x FIBA Intercontinental Cup Champion in 1976, 1977 and 1978, Spanish Cup Championship in 1977, and FIBA Intercontinental Cup MVP in 1977. He has been among the team that won the Euroleague three times consecutively .He has been listed in the 50 Greatest Euroleague Contributors in 2008. Overall Walter has been an international name in the arena of basketball due to his huge contribution.