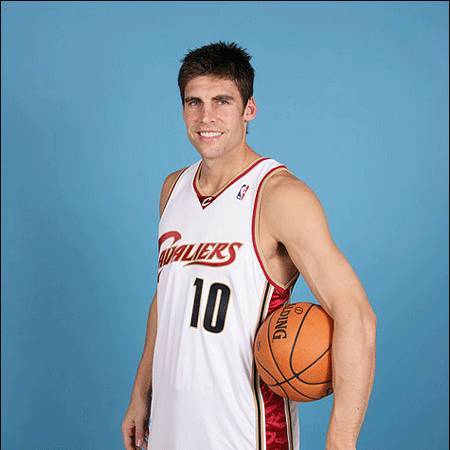 Wally Szczerbiak is an American retired basketball player and currently the color analyst for the New York Knicks on MSG Network. He played ten seasons for four teams in the National Basketball Association.

Wally Szczerbiak was born on March 5, 1977, in Madrid Spain to mother Marilyn and father Walt Szczerbiak who is a famous former ABA player. He led Real Madrid to win three European League Championships consecutively. Wally along with his parents and two siblings, Will and Wendy, moved to and began living in  Long Island.

Wally attended Cold Spring Harbor high school and began playing basketball avidly. In the 1994-1995 seasons, Wally went on to average a total of 36.6 points per game and 15.9 rebounds per game. While there he was named the winner of the Nassau County’s outstanding boys’ basketball player of the Richard Spangler Award.

In 1999 Wally announced that he was ready to be drafted in the 1999 NBA. Thus he was selected by the Minnesota Timberwolves in the first round as the 6th overall pick. Thus he began playing as a forward for Timberwolves and on 13th April 2003 he tied one of its records of 44 points.

He played for Timberwolves till 2006 and then left to play with Boston Celtics. He could not play many games with the Celtics due to his knee Injury. Later on, he decided to have a season-ending ankle surgery.

In 2007, Wally was transferred to the Seattle SuperSonics. He played a few games for SuperSonics before joining Cleveland Cavaliers in 2008. While with the Cavaliers, he went on to play in 25 regular season games and averaged 8.2 points and 3,2 rebounds per game.

In the 2008-2009 season, he played a total of 74 games where he managed to score average 7 points, 3.2 rebounds and 1.1 assists per game. However later on 5th November 2009, Wally announced that he would go for a career-ending third knee surgery.

Wally ended up being a basketball analyst for CBS College Sports and is currently an analyst at MSG Network covering the New York Knicks.

Wally Szczerbiak's Net Worth And Salary

Wally Szczerbiak's net worth is $35 million at present. He has earned an incredible amount of salary from his playing career.

Wally met his wife Shannon Ward in Miami University. They both were in the same freshman orientation group. The couple married on 1st July 2000. They have four children named Amberley, Maximus Jack, and Annabella. There have been no rumors of extramarital affairs or divorce.

Wally weighs 111kgs and stands tall at the height of 6 feet 7 inches. Throughout his basketball career, Wally has been named NBA All-star, NBA Rookie Challenge MVP, NBA All-Rookie First Team, MAC Player of the Year, Consensus second team All-American. He was also inducted into the Miami University Athletic Hall of Fame in 2009.