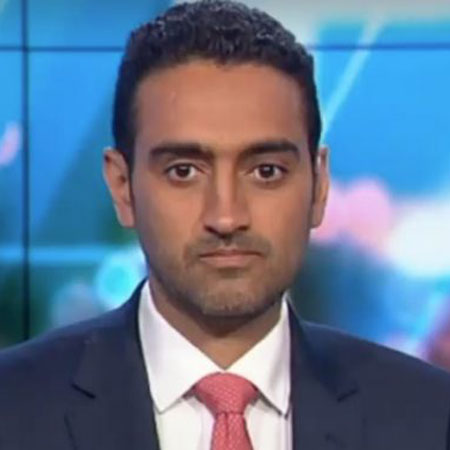 Waleed Aly is an Australian lawyer, writer, media presenter, academic, and musician. He is well recognized as a co-host of Network Ten's news and current affairs television show The Project. Aly also serves as a writer for Fairfax Media and politics lecturer at Monash University working in their Global Terrorism Research Centre. He is also a songwriter and lead guitarist for a rock band Robot Child. Aly has received the Gold Logie Award for Best Personality on Australian Television in 2016.

Waleed Aly was born on 15 August 1978 in Melbourne to his Egyptian parents, Aly is Sunni Muslim. Ethnicity wise he is Egyptian and holds Australian nationality.

Waleed Aly attended Wesley College. In 1996, he completed the International Baccalaureate at Wesley, later joined University of Melbourne. He graduated with Bachelors of Engineering and Bachelor of Laws degrees in 2002.

After his graduation, Waleed Aly served as an a s sociate to Family Court judge Joseph Kay till 2007 and then worked as a solicitor in Melbourne for Maddocks Lawyers. In 2006, he became a pro bono lawyer with the Human Rights Law Centre, on secondment from Maddocks.

Waleed Aly also served as a staff member of the Global Terrorism Research Centre at Monash University. He says most of the conflicts in the Middle East can be traced to the arbitrary way in which its terrorists were divided-up by Western powers by the ongoing demand for Middle Eastern oil and invasions of Iraq.

Waleed Aly has also made his appearance as the host of ABC TV's Big Ideas program on ABC1 and ABC News 24. He made regular appearance as a guest co-host on The Conversation Hour along with Jon Faine on The Project and 774 ABC Melbourne on Channel 10.

Aly has also been a co-host on the ABC's News Breakfast and a panelist on ABC TV's Q&A program. In late 2014, he resigned as Radio National drive host at ABC to work as a permanent co-host of Channel 10's The Project, began from 26 Jan 2015.

In April 2015, Aly returned to ABC as the co-host of The Minefield in addition to his role on The Project for Channel 10.

Waleed Aly is also a principal songwriter and lead guitarist for a rock band Robot Child. The band was well praised for their cover songs of Pink Floyd's Comfortably Numb.

Waleed Aly has received several prestigious awards and nominations. In 2015, Waleed Aly along with producer Tom Whitty was a finalist for two Our Watch Awards for reporting to end violence against women, for their viral editorial, ''Show Me The Money.

The pair was also nominated for a United Nations Associations of Australia Media Peace Award for Promotion of Climate Change Issues. In 2016, he received the Gold Logie Award for Best Personality on Australian Television. The winning candidate was chosen by the public via an online vote.

In October, Waleed Aly along with Whitty won two Walkley nominations for Excellence in Journalism.

Waleed Aly earns a decent amount of money from his various successful career as a lawyer, writer, media presenter, and musician. As of 2018, Aly's total net worth is estimated to be $18 million. As per report, he was paid $500,000 as a host on The project. On the other hand, he was paid $300,000 by ABC.

He owns a luxury mansion worth $2 million. The house consists four-bedrooms. Dining areas and spacious living are decorated with polished floorboards, Jetmaster fireplace and a fully equipped kitchen with integrated storage.

They purchased the house a year after Aly revealed that he and his family rented a house previously because of the skyrocketing price of houses in Melbourne.

Waleed Aly is a married man. He tied the knot to an Australian feminist author and academic Susan Carland. The couple shares two children together named Aisha Aly, and Zayd.

The couple rarely makes a public appearance together because of their secretive nature but since their is no rumors of their divorce we can a s sume that they are in a blissful relationship.