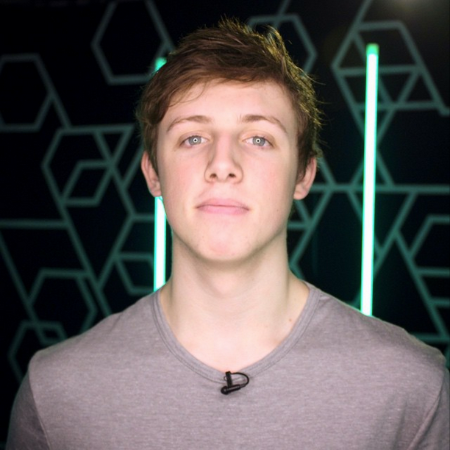 Facts of w2s Aka Harry Lewis

W2S AKA Wroetoshaw AKA Harry Lewis is a Guernsey-born YouTuber most known for being one of the core members of the YouTube coalition, Sidemen, alongside JJ "KSI" Olatunji, Simon "Miniminter" Minter, Josh "Zerkaa" Bradley, Tobi "TBJZL" Brown, Ethan "Behzinga" Payne, and Vikram "Vikkstar123" Barn.

He is the oldest of three and has a younger brother, Josh Lewis, and a younger sister, Rosie Lewis. All three siblings attended Guernsey Grammar School -- where Harry was a football player for Rangers F.C.

Harry Lewis is most known as YouTuber W2S. He joined the platform in July 2012 and experimented with various ideas before finding a modic u m of success with the channel "wroetoshaw". Inspired by soccer, most of his most famous videos are football-related interspersed with Internet challenges, vlogs, and reactions to popular Internet videos. The channel has since been renamed to "W2S" and has over 15.5 million subscribers and over 4.5 billion lifetime video views.

Lewis also has a secondary gaming channel called "W2SPlays" where he hosts "Let's Plays" of popular soccer video games. The channel has over 2.27 million subscribers.

"Sidemen" have become a brand with its own line of merchandise and multiple YouTube channels with millions of followers.

Who is Harry "W2S" Lewis Dating?

Harry Lewis is reportedly single after having broken up with his longtime girlfriend, Katie Leach. They were linked together as far back as 2014.

What is Harry "W2S" Lewis' Net Worth?

Harry "W2S" Lewis is believed to hold a net worth of £2 million ($2.5 million) as of October 2020. His wealth comes from his career as both a solo YouTuber and as part of the YouTube faction, "Sidemen".

On his primary channel -- where he makes football-related videos -- he has over 15.5 million subscribers and over 4.5 billion lifetime views. According to social media earnings calculator socialblade.com, he makes an estimated $3.2K - $51K monthly ($38.2K - $611.5K yearly).