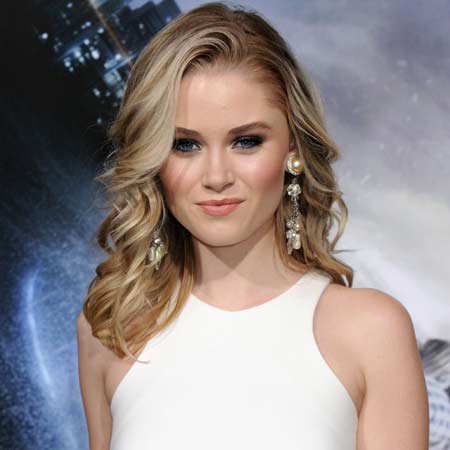 Model turned actress, Virginia Gardner rose to fame after starring in the 2015 sci-fi film, Project Almanac where she played the role of Christina Raskin and Karolina Dean in the Hulu original series, Marvel's Runaways. She is also notable for her works in ABC sitcom, The Goldbergs. Gardener is busy with her upcoming venture, Halloween which will be released in October 2018.

Virginia Gardner was born Virginia Elizabeth Gardner on April 18, 1995, in Sacramento, California, U.S. She is Americana and belongs to White ethnicity/race.

Gardner attended Sacramento Country Day School until eighth grade. In 2011, she joined online schooling when she moved to Los Angeles and but she chose to take the California High School Proficiency Exam. She attempted the test in October 2011 and passed the exam.

Virginia Gardner used to live with her mother during her initial phase but once she started getting acting opportunities, she moved into her own apartment and began to live independently.

Gardner first made her acting debut on the Disney Channel series Lab Rats. She then took a year off from acting to pursue her modeling career. As she got many opportunities in modeling she was going to stop acting.  However, she heard about the audition of Glee and dropped the idea of leaving acting. As a matter a fact she was selected for the role of Katie Fitzgerald/Marissa and appeared for two episodes in the series.

In her modeling career, she worked with popular brands like Kohl's, Love Culture, HP, Hollister, LF, and Famous Footwear.  She also acted in series like The Goldbergs, How to Get Away with Murder, Law & Order: Special Victims Unit, Zoo but didn't gain much recognition as from modeling.

In 2015, she was cast in the American found footage science fiction thriller film, Project Almanac as Christina Raskin. The movie was commercially successful at the box office and it also helped Gardner to established herself in Hollywood.

Since 2017, Gardner portrays the character Karolina Dean in web series, Runaways. Her role earned her Golden Issue Awards. She is all set to hit the big screen in October 2018 with her upcoming venture, Halloween.

Virginia Gardner is one of the rising Hollywood stars. She is active in the film industry since 2011 collecting quite a fortune from her career as an actor and a model. As per sources, Gardner's net worth is assumed to be around $1 million.

She earns $150k-$300k from her appearances in movies and series. In 2015, she starred in the sci-fi film, Project Almanac which earned $33.2 million at the box office against its budget of $12 million.

Gardner is also known as a model and the average salary of the model in the USA is $70k but she is quite experienced and popular. So, she might earn more than the average figure.

Virginia Gardner is possibly single as of 2018. She is quite ambitious and hardworking which might be the reason she gives first priority to her work. She lives with her dog, Lev with whom she often shares pictures on Instagram. She has more than 112k followers on Instagram.

Gardner also shares a good bonding with her brother, Chasman Gardner. She also enjoys vacationing with her friends and family.

Check out the fun interview of Virginia Gardner with Elle,