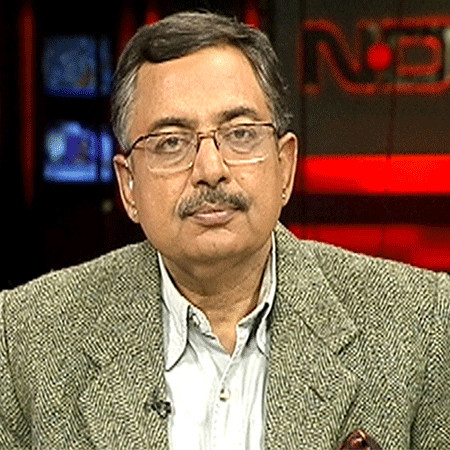 Vinod Dua was born on 11th March 1954 in New Delhi, India. He is an anchor, election analyst, director, producer, political commentator as well as a media personality in India. Since the year 1974, he has been the face of Indian television. He was raised in the refugee colonies in Delhi.

Vinod Dua graduated from the Hans Raj College, with a degree in English Literature and has obtained his master’s degree from the University of Delhi in literature. During his school and college days, he was a singer and also a debater. Vinod has written two plays for children which were performed at the Sri Ram Centre for Art and Culture. He created and was as well the member of a street theater group named the 'Theatre Union' where he performed plays against social problems like dowry.

On 27th November, 1974, Vinod Dua first appeared on television in a Hindi youth program named Yuva Manch, which aired on Doordarshan. For the youth of Muzaffarpur, Raipur, and Jaipur he anchored Yuva Jan in the year 1975 for the Satellite Instructional Television Experiment. In the same year, he also hosted a youth program named Jawan Tarang. Till 1980, Vinod continued to anchor the youth programs.

The following year, he hosted a program named Janavani, where ministers were questioned by common people. It was the first program of its own kind. The program became the landmark in the history of Indian television. As the chief producer, Vinod joined the TV Today, which was a venture of the Indian Today Group in the year 1987.

Vinod Dua launched his own production company in the year 1988 named ‘The Communication group’. Under the company budget analysis, documentary films and current affairs were produced and anchored. From the year 1992 to 1996 Vinod produced a weekly current affairs magazine named ‘Parakh’ which was telecasted on Doordarshan. He has also worked as an editor in chief with News World India.

In the year 1996, he was awarded the esteemed BD Goenka Award for the excellence in the journalism. He was also awarded the Padma Sri award for Journalism in the year 2008. In the year 2016, he has also been awarded from ITM University, Gwalior.

He is married to a doctor named Padmavati. He has a daughter from his wife named Mallika Dua. The estimated net worth of Vinod has not been revealed to the media by himself.