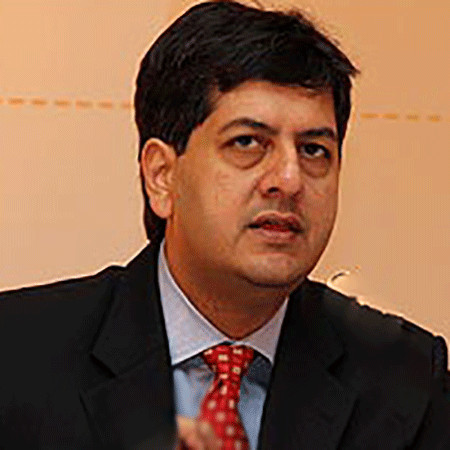 One of the popular and richest Indian people, Vikram Chandra was an executive director and CEO of NDTV group. He is one of the top journalists in India at the moment. Though he was the CEO of the media house, he appears as the host of the shows like Gadget Guru and The Big Fight. He is very much dedicated to his profession. Vikram Chandra stepped down from the position of CEO recently in October 2016 for his wish to be full time in journalism within NDTV as a consulting editor.

Vikram Chandra born as Vikramaditya A. Chandra on 7th January 1967 in New Delhi, India is a son of an Indian journalist Nandini Chandra. She used to work for The Hindustan Times. Vikram got inspired by his mother in the field of journalism. Because of his fondness and interest in journalism since a young boy, Vikram was the editor of his School’s weekly newspaper The Doon School Weekly.

Being a bit diverted from his interest, Vikram  Chandra received his Bachelor’s Degree in Economics from St. Stephen College, New Delhi. Vikram is also a receiver of Inlaks Scholarship and studied at Oxford. Later, he attended Stanford University studying Mass Media for three months.

Vikram Chandra started his career in journalism since 1991 with a news magazine called Newstrack. Later, he moved to New Delhi Television Limited in 1994. Vikram Chandra got appointed as the head of NDTV Profit before its launch and in 2007, he became the CEO of NDTV Networks. Vikram Chandra was the CEO of the network till October 2016 and then he stepped down from to post showing the interest to spend full time in NDTV as a consulting editor.

Vikram Chandra is also an author. He wrote a thriller book titled The Srinagar Conspiracy in 2000 and was the best seller. Having been such a talented person, Vikram is paid a very good amount of salary and has a very high net worth.

Vikram Chandra has also been successful to keep his private life out of media radar. He is married to his wife Seema Chandra. There is no information available on his children. Vikram loves his family very much and loves to spend time with them.

Vikram Chandra has not become one of the leading journalists in India for nothing. He is known best for reporting the war and conflict in Kashmir. He had an exclusive footage of the army camps at Saltoro Heights in Siachen. He also reported on the Kargil War in 1999.

Vikram has interviewed King Abdullah of Saudi Arabia in 2006, Bill Gates in 2012, Shimon Peres and Rupert Murdoch. In May 2016, it was Vikram Chandra, who took the interview of Apple’s CEO Tim Cook.

Vikram’s contribution in the Indian journalism is unforgettable. Therefore as an appreciation, Vikram was honored with the designation “Global Leader of Tomorrow” in 2007from World Economic Forum in Davos. He is the two-time Hero Honda Indian Television Academy Award for Best Anchor for Talk Show the Big Fight in 2005 and 2008.

Vikram Chandra is available on Facebook and Twitter. His fans can follow him on his accounts that go under his name and get updated on his activities. Besides, his short biography in Wikipedia and other internet sites, which also stores news on him, can help his fans know more about him.