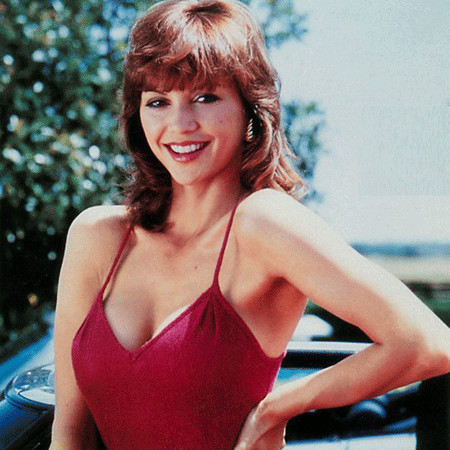 It is not easy to get the tag of a legend. To be branded as such, some incredible work must have been done by the individual. And such is the case with the mesmerizingly beautiful Victoria Principal. She has been utterly brilliant in her work and she fully deserves the tag of a legend.

Victoria Principal is one of the 100 Sexiest Women in the universe-1995 who is a well-known American actress, author, and businesswoman. She has given an exceptional performance in her work as an actress in every movie. Victoria is an experienced, actress. Victoria has gained a huge respect and fans throughout her life.

Victoria Principal was born as a Vicki Ree Principal in the year 1950 on the 3rd of January, under the birt sign Capricorn. At this age, she has achieved everything possible as an actress. And even after being so successful and so popular, she is still a very calm human being.

She was born in a place called Fukuoka which lies in Fukuoka Prefecture of Japan. But her nationality is American and it is because she has been living in America for a long period of time. She has not only been an outstanding actress but also a very successful author. She is a well-known businesswoman as well.

A post shared by Victoria Principal (@victoriaprincipalofficial) on Jul 19, 2019 at 8:00am PDT

Principal went to a high school called South Dade Senior High School and graduated from there. She then moved to Miami-Dade Community College. But she did not complete her education from there.

She decided to learn acting and to do so, she moved to the Royal Academy of Dramatic Art, an institute located in London. To fulfill her dreams, she came to Los Angeles in the year 1971.

She has been absolutely sublime in her acting career. She played the role of Maria Elena in a movie called The Life and Times of Judge Roy Bean in the year 1972 and for the extraordinary work she got nominated for Golden Globe Award for the category of Most Promising Newcomer-Female.

She also played the role of Linda in a movie called Vigilante Force in the year 1976. She is most prominently known for her amazing work in a TV series called Dallas where she was a series regular.

The name of the character she was playing was Pamela Barnes Ewing. She has been a great entrepreneur and a very good businesswoman. There are several skincare products she has launched. One of these products was The Body Principal which she launched in the year 1983.

Apart from acting, she is also involved as a philanthropist as well as an author. She also has her own production compy, jewelry as well as a line of skincare.

Principal is not very tall as she has an average height of 5 feet 6 inches. She still looks very young and it is because of her balanced diet and regular exercise. She has a whopping net worth of $200 million.

Victoria Principal has had its highs and lows. She was dating her boyfriend Harry Gla s sman before the couple decided to get married. The couple married in the year 1985 but went through a divorce in the year 2006.

The same thing happened with her relationship with Christopher Skinner. She has had many other affairs in her life as well. She might have children but the details on them are missing.