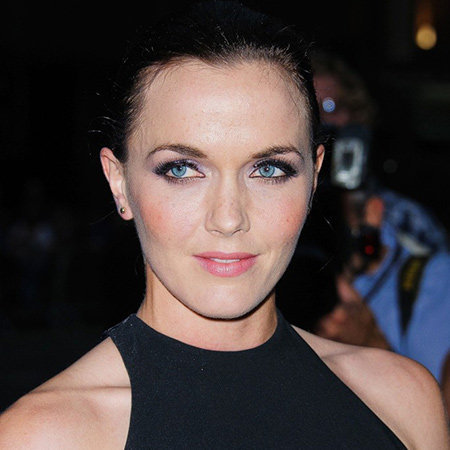 Victoria Louise Pendleton is a former British cyclist and jockey, best known for the Sprint, Keirin and team Sprint. She has represented Great Britain and England in international competitions and has won nine world title between 2005 and 2012. In the 2012s Summer Olympic, Pendleton won the gold medal in Keirin and silver in a Sprint.

Pendleton was born on 24 September 1980 in Stotfold, Bedfordshire, England. Her parents are Max Pendleton (former cyclist) and Pauline M. Viney. She has a twin brother named Alex James Pendleton and one older sister, Nicola Jane.

Victoria Louise Pendleton began riding a cycle at the age of nine and participated in a 400 m race. Later, she was spotted by assistant track coach Marshal Thomas. During that time she wanted to focus on her education at Fearnhill School in Letchworth Garden City, and later a degree in Sport and Exercise Science by Northumbria University, Newcastle upon Tyne. She enjoyed some success on the track as a student before graduating and becoming a full-time cyclist.

In 2001, while Victoria Louise Pendleton was a student, she competed in the British National Track Championship. Pendleton won three silver and one bronze medal. In 2002 she enrolled into World Cycling Centre in Aigle, Switzerland, where she was trained till 2004.

She finished fourth in the sprint in the 2002 Commonwealth Games. She won the World Cup event in Machester and ranked 2nd overall for the sprint. She won her first gold medal in 2005, during the UCI Track Cycling World Championship, which led her to become the third British woman to champion the world cycling in 40 years.

In March 2015, Pendleton announced her aim of becoming a jockey and tried to compete in the Foxhunter Chase. She was guided by horse trainer Paul Nicholls and made her first appearance in Betfair Novice Falt Amateur Rider's Handicap at Rippon and managed to finish at the second place.

On 2 March 2016, she won the race at Wincanton and rode Pacha Du Polder. On 18 March 2016, she participated on her aims competition Foxhunter Chase at Cheltenham and finished fifth.

Outside of sports, Pendleton was featured on the cover of FHM in the July 2009 issue and was also featured in Harper's Bazaar magazine in 2012. Hartford's released a bike on Pendleton brand, including Somerton, the Initial, the Brooke and the Dalby. She was also the brand ambassador for Pantene hair-care.

She also appeared on Strictly Come Dancing, where she was the contestant partnering with Brendan Cole and eliminated on 25 November. In September 2012, before she retired she published her autobiography 'Between the Lines'.

In September 2013, Victoria Louise Pendleton married to her long time boyfriend, a sports scientist Scott Gardner. she appeared in a floor-length gown on her wedding designed by British designer Suzanne Neville. The ceremony was held in Cheshire country manor house, Colshaw Hall.

Pendleton first met Gardner after he became the performance scientist of her team.

Prior to their marriage Pendleton and Gardner ran into some problems, as it was felt to be unprofessional for two members of the team to be romantically involved.

Following the 2008 Olympics, when it became more widely known, Gardner was told to leave the team, though he was later re-hired. The couple is still together and living in Wilmslow, Cheshire.

Victoria Pendleton has a slim sexy body with 5'5'' in height and 59 kilograms (132 lbs) in weight. Although her exact net worth is not revealed by any source, her annual income is estimated to be $1 million by experts.