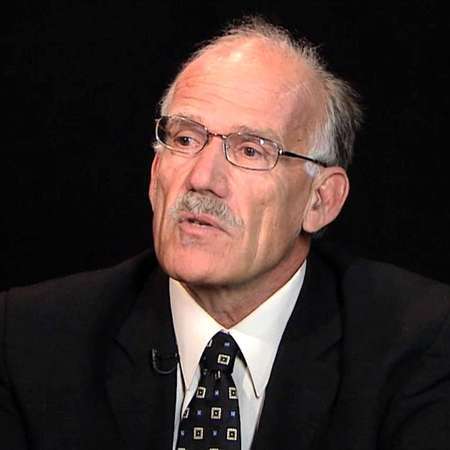 Victor Davis Hanson is an American columnist, military historian, scholar of ancient warfare, and former cla s sics professor. He was born on September 5, 1953, and raised on a family farm at Selma, California in the San Joaquin Valley. His father was an educator and college administrator and his mother was a lawyer and judge. Along with his fraternal twin Alfred and his older brother Nils he went to public school and graduated from Selma High School. Hanson got his BA from the University of California, Santa Cruz, and Ph.D. in cla s sics from Stanford University.

Hanson has been a commentator on contemporary politics and modern warfare for The Washington Times, National Review, and other media outlets. Since 2004, he has also been a visiting professor at Hillsdale College along with that he was a professor emeritus of cla s sics at California State University, Fresno. Apart from all this he is perhaps best known for his 2001 ma s sive hit book Carnage and Culture: Landmark Battles in the Rise of Western Power.

Hanson also writes a weekly column a s sociated with Tribune Media Services and has been distributed in The New York Times, The New Criterion, and American Heritage among different publications. In 2006, he began blogging at PJ Media. He is currently working as a Fellow in California Studies at the Claremont Institute and a Senior Fellow at the Hoover Institution. Not only that he is also working as a professor emeritus at California State University and has created the cla s sics program at that institution.

He was awarded the National Humanities Medal in the year 2007 by President George W. Bush because of his hard work. He is one of the best columnists of all time. His fearless attitude to say what he thinks and ability to share his view about the current affairs, politics and even the politician including Donald Trump, Hillary Clinton and so on through his books, article are remarkable.

Preceding towards his personal life he never mentioned his wife or any information related to her. However, he has a son named William Frank Hanson and also had a daughter Susannah Merry Hanson but unfortunately, he lost his daughter in November 2014 due to illness. She was a wonderful girl and sweetheart of her father. It was a huge loss for Hanson and the most difficult time of his life.

He has always got successful in what he does and it is only because of his pa s sion and dedication to his work. Though there were lots of obstacles in his professional and personal life he never gave up and remains strong. To know more about him including his personal life, salary, net worth, recent books, and articles and so on the information is provided in his bio.