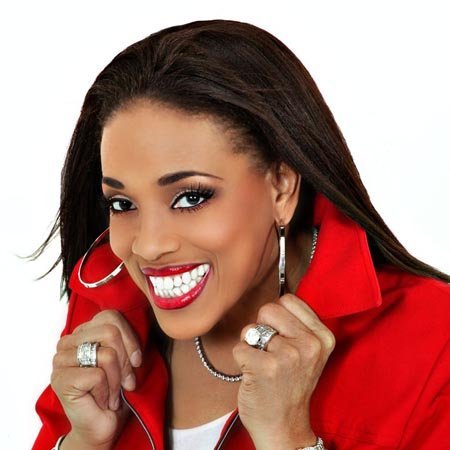 Vickie Winans is a recording artist of the Gospel genre who has been known for being actively involved in the music business ever since 1985. She rose to fame after joining in on the record label Light Records from where she released her solo Be Encouraged. She is a personality of American nationality.

Vickie Winans was born on the 18th of October, 1953 in Detroit, Michigan. She is the seventh child out of twelve children of parents Mattie and Aaron. She began singing at a small age in churches and this led her to be interested greatly in music.

Vickie Winans’ career took after her marriage to Marvin. She joined in on the Light Records and released an album Be Encouraged. It became a major hit in the gospel genre, leading her to attain a huge fan following instantly. She then released her follow-up album named Total Victory which was equally successful.

Vickie Winans joined in with the MCA Records in the year 1990/ she released the album named The Lady in 1991. While the album was full of controversies, she got a nomination for the Best Contemporary Soul Gospel Album in the Grammy’s.

Vickie Winans joined in with the Intersound Records and released Vickie Winans which reached number 10 on the Gospel Charts. She then released the albums like Live in Detroit, Live in Detroit II, and Share the Laughter which was all equally successful. She stopped releasing music in the years 2000 to 2002 after which she signed into Verity Records. All of her albums have been successful with gospel lovers.

Vickie Winans' Net Worth and Salary

Vickie Winans surely has had a successful career as a Gospel artist in the past years and this has led her to be paid a handsome amount of salary for her work. Her net worth is certainly in the range of a million dollars. She has been known for her extensive work and has acc u mulated a huge fan base who follow her closely on social networking sites as well as sites like the wiki.

Vickie Winans has been divorced twice and married thrice. She is blessed with two children. She got married to Bishop Ronald Brown of Faith Tabernacle Deliverance Temple as soon as she graduated from high school. The wedding took place in South Carlina and she had a son named Mario before getting a divorce from her husband.

After dating her boyfriend Marvin Winans for a brief time, she got married to him in 1978. The couple has a son Marvin Jr. they got a divorce 18 years after their marriage which led her to develop an ulcer, diabetes, and weight gain. She got married to Joe McLemore, a businessman in 2003 and the couple has been happily married since.

PEEK-A-BOO PHOTO BOMB! Not! Those chairs was so just so high up and fancy!!!! Lawd! Bwahaha! Y'all already know I was doing the most at this wedding! We had a blast!!!! It was something out of a heavenly movie! If you want to see some gorgeous photos and IG posts, hit these IG pages @sodarnniceTHIS IS THE BADDEST DECORATING CHICK I KNOW!Follow my girl to see some stuff you ain't ever imagined! And #meetthebowmans Omg! So gorgeous! @brefree @timbowmanjr's song, "I'm good," is currently in the top 10 hits on billboard! Let's send @timbowmanjr a $1.29 wedding gift by purchasing his new hit single on iTunes! Yeah, that's a good idea! Muah and thanks y'all!!!!!!!