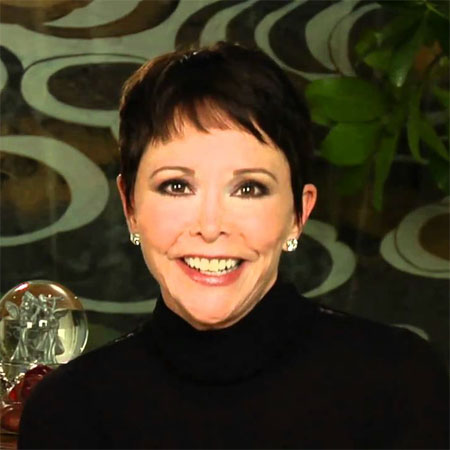 American author, model as well as a lawyer, Vicki Iovine is known as the author of the immensely successful "Girlfriends' Guide" book series, which became the basis for the TV show ‘Girlfriends' Guide to Divorce.’

Iovine is a former TV producer and radio talk show host. She has also modeled for Playboy magazine for their 1979 September issue. Iovine was once honored with the Florence Crittendon Woman of the Year award for serving teenage mothers and girls with mental retardation.

Vicki Iovine was born as Vicki Ann McCarty on January 13, 1954, in Los Angeles, California, USA and raised in Southern California. She belongs to White-American ethnicity and holds American nationality.

Iovine went to the University of California, Berkeley and obtained an undergraduate degree in journalism. She then earned a law degree from the Hastings College of the Law. Iovine also grabbed an LL.B. in International Law from the Cambridge University.

Vicki Iovine was a member of the world's largest sports organization for children and adults, Special Olympics. She is also a former television producer as well as a radio talk show host.

In 1979, Iovine did the cover shoot for Playboy magazines for September issue which was photographed by Arny Freytag.  In 1982, Iovine was one of the 3rd finalists for the post of the hostess on the game show ‘Wheel of Fortune.’

Besides, Iovine has cast on the movie ‘Streets of Fire’ and the TV film ‘When Your Lover Leaves.’ She also has guest-starred on episodes of the series ‘The Waltons’ and ‘Knight Rider.’

Vicki Iovine married twice in her life. She first married Jimmy Iovine, a record producer, an entrepreneur, music executive, and a businessman in 1987. The former couple has four children’s, Jade, Jeremy, Jamie, and Jessica. However, after being together for more than twenty-three years, they divorced in 2009.

After her first divorce, she again exchanged vows with David Coiro in May 2014. They currently live in loss Angeles.

Vicki Iovine earns a good sum from her career. Iovine has a net worth in seven-digit figure. However, her exact amount is not public yet. Iovine’s former husband Jimmy Iovine is an American music producer as well as an entrepreneur who has a net worth of $950 million.

Iovine's 1984 movie, ‘Streets of Fire’  was produced in a budget of $14.5 million but it only collected $8.1 million. She also featured in the famous adult magazine Playboy earning $25,000, according to the sources.