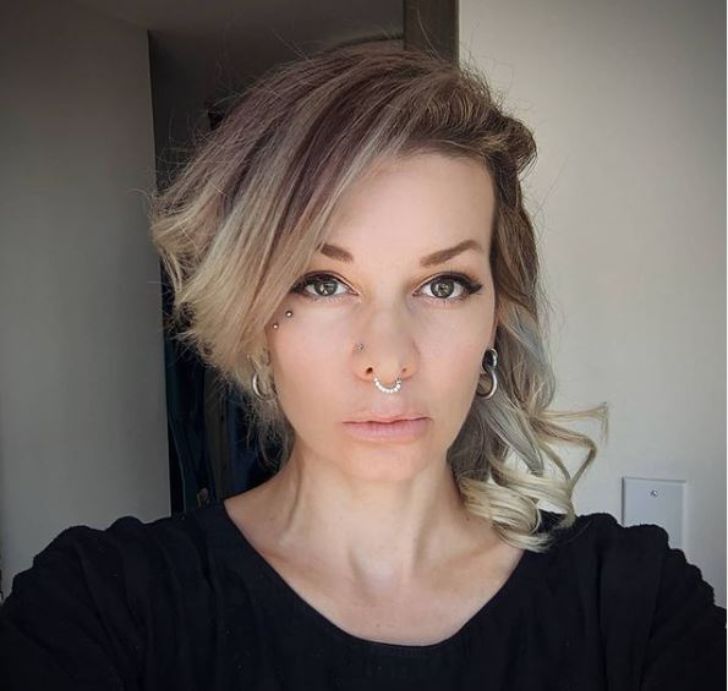 Canadian-born American actress, Verona Blue is famous for portraying Shaz in the TV series Bosch (2017-19) along with voice-overs in Star Wars games. Trademarked for her signature blue "dread hawk" hairstyle, Blue turned professional in the 2010s and has since made on-screen appearances in CSI: Crime Scene Investigation, Fear Force Five, and Magic Camp.

What Is Verona Blue's Age?

Blue was born in Toronto, Canada, and holds Canadian nationality. However, further detail on her birthdate or family background is yet to be out. Verona Blue is allegedly in her late 30s as of 2021 and has a height of 5 feet 6 inches (168 cm).

Interested in acting since her early days, Verona moved from Briston and London, before she arrived in Los Angeles. Having attended Shakespeare Summer School by RADA in 2006, the Canadian actress went to Bristol Old Vic Theatre School (2007-2008), where she received classical, conservatory training in voice, movement, combat, and text.

She also goes by the name Hilary Catherine Gillespie.

Did you know? She is famous among the public for her signature, blue "dread hawk" hairstyle, and tattoos on her body.

Verona Blue is halfway to be a millionaire as she has been able to collect $0.5 million net worth as of 2021 from her career in the entertainment industry. Normally the actor in the USA is getting paid $56000 per annum on average so she also might be getting paid in the same range.

Regarding career detail, Blue made her debut from her appearance in the short video named Fuse. After this, she was cast in the TV series named CSI: Crime Scene Investigation as Lizard Girl from which she started getting notable.

After this, she has worked in several movies and series and has more than 30 acting credits in her name. Some of her notable work includes 1000 Ways to Die, I Won't Be Your Mirror, CollegeHumor Originals, Married, Star Wars: Episode VII - The Force Awakens, Rogue One, Star Wars: Battlefront II, Bosch, The 5G Sith Jet Trooper Experience, Magic Camp. 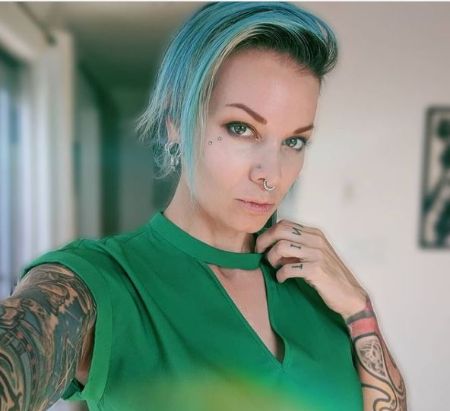 Also, she has lent her voice in a video game named Star Wars: Squadrons and Star Wars: Tales from the Galaxy's Edge.

The Daddy Issues actress is married and currently resides in Los Angeles. Her husband is Garrett Shutup, a pop-rock musician who goes by the Instagram handle @garrettshutup. Verona and her spouse Garrett often pictures together on their respective Instagram.

On March 31, 2020, Verona Blue made an IG post confirming that she and her husband Garrett are in a marital relationship since 2009. The caption read "Yesterday was our 11th wedding anniversary! We were supposed to be in Egypt but instead, we are quarantined at home." 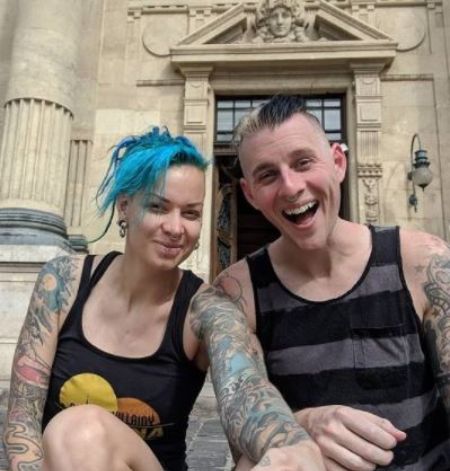 However, further information on their wedding venue or courtship is yet to be out. The couple is yet to share children of their own. Rather, both are dog-person and own a chihuahua named Bonsai. As for a fact, she is a goth.