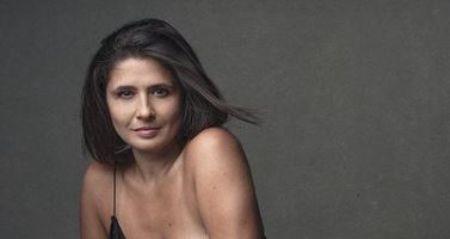 Primorsky Krai born Vera Cherny is a Rusian-American actress who began her entertainment career in 2008 with the short film What Are You Looking at? Recently, she is widely famous as Oksana Volkova in Queen of the South (2019-2021) and as Noelle in Grey's Anatomy (2020).

Vera Cherny's full name is Vera Chernysheva. She was born on July 1, 1981, in Primorsky Krai, Russia, under the zodiac sign Cancer. At the time of this writing, she is 40 years old and her height is 5 feet 1-inch or 157 cm tall.

Vera's father, Vasily was an Army officer, while her mother, Lyubov, was a teacher. She was less than 2 months old when her parents carried her on a  military truck in an open suitcase, instead of a ba s sinet. Due to her dad's profession, the family had to travel to different places to relocate themselves.

Success In Entertainment Industry: How Rich Is Vera Cherny?

Active in the film industry, the 40-year-old made her debut with What Are You Looking at? So far, she has a total of 22 acting credits under her name according to IMDb. Vera Cherny is believed to have an estimated net worth of $950,000 as of September 2021.

Initially, Cherny portrayed different roles in numerous short movies like Slimdunce, I'm Not Alone, Karaganda, Light of the Night, Avenge, Nostalgia, Double Take, and Things That Nobody Told Him. Meanwhile, in 2015, she appeared in the adventure drama film Don Quixote alongside Carmen Argenziano, Horatio Sanz, James Franco, and Anthony Skordi.

Rusian-American actress then acted in Actors Anonymous, La Sirena, StartUp, and Hail Mary Country. Between 2015 to 2018, she came into the spotlight as Tatiana Vyazemtseva on the television series The Americans.

Finally, Vera got deserving fame after playing the role of Oksana Volkova in the USA Network series Queen of the South. The crime drama television show stars Alice Braga, Hemky Madera, Alfonso Herrera, Veronica Falcón, and Justina Machado. Her other acting credits include Where We Disappear, Magnum P.I., Counterpart, and Grey's Anatomy.

In the coming year, Queen of the South alum would be portraying the character Lenara Catiche on the TV series For All Mankind (2022) alongside  Joel Kinnaman, Jodi Balfour, and  Wrenn Schmidt. Her other pre-production credit is the short movie titled Once Was.

Talking about her private life, Cherny prefers living alow key life. There is no official news if the actress is dating or married.

So far, no reports regarding her relationship history, boyfriend, partners are missing. Thus, she is possibly single as of 2021.