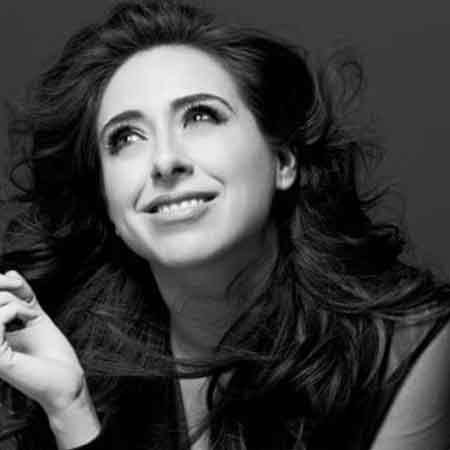 Vanessa Villanueva is an actress by profession who is known for her notable performance in the 2015 Television series Forgotten Memories. She, however, came to fame as the second former wife of an American guitarist and songwriter Chris Perez.

Born in the United States of America, Vanessa's parents are from Mexico. Her parents moved to American from Mexico just before her birth. The Mexican-American Vanessa has always been shy and has not shared much about her personal life.

Though the exact date of her birth is yet to be disclosed, she is reportedly younger than her former husband Chris Perez who is aged 49 (as of November 2018).  Vanessa's alleged to be in her early 40s currently.

For a fact, Vanessa Villaneuva has never been in the big stage despite being the former wife of a celebrity spouse.  After a couple of years of filing the divorce with Chris, Vanessa made the limelight as she became a crew member of the 2011 movie  Memphis Rising: Elvis Returns.

She worked as one of the unit electricians for the film's Camera and Electrical Department. Later in 2015, Vanessa appeared in short American TV series Forgotten Memories portraying the role of  Gaby Valdez. She is MIA since then.

As of  2018, Vanessa's precise net worth is yet to be disclosed, however, she is alleged to have a net worth of $1 million while her former husband's net worth is around $1.5 million. Well, the earnings of Vanessa's ex-spouse is from his music career but the source of income of Vanessa is not known.

Rumors claim that Vanessa, in 2008, filed for divorce with Chris Perez and demanded Chris' properties along with child support. Even more, she was considered to be The Lady of Luxury by Perez family due to her taste in expensive lifestyle.

Vanessa Villanueva is a divorcee. She was previously married to Tejano band Selena y Los Dinos's lead guitarist Chris Perez. The couple first met in 1998 through their mutual friend John Garza following 3 years of his first wife and his band member Selena's murder in 1995.

Initially, good friends, the friendship of Vanessa and Chris later turned to a relationship and after 3 years of dating, the former couple got married on October 26, 2001, in a private ceremony.

However, following 6 years of their marriage, the couple separated and a year later in 2008, Vanessa filed for divorce. The reason for their divorce was reported to be Chris' addiction and priority to alcohol ahead of his family.

During their married life, Vanessa and Chris became parents to 2 children: son Noah and a daughter named Cassie. Their children are grown-ups now.

Even after separation,  on December 22, 2016, Chris wished his daughter for her 18th birthday via his Instagram depicting his good relationship with his daughter.

As of November 2018, Vanessa Villanueva is not reported to be dating officially.

Vanessa stands an average height with a fair complexion.