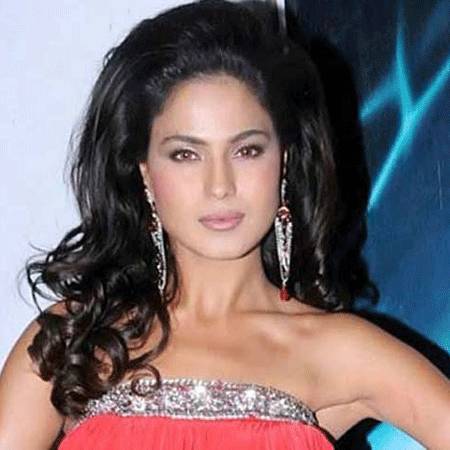 Pakistani actress Veena Malik is a television host and model who is working in the movies of Lollywood and Bollywood. She has given a number of hit movies and was also a contestant on Big Boss 4 in 2010. Born to parents Mohammad Ali and Zeenat Malik, Veena has been working in the field of acting since 2000 till date.

Veena was born to a Punjabi family in Rawalpindi, Punjab, Pakistan. She was born on February 26, 1984. Her father Mohammad Ali is an army officer and mother Zeenat Malik is a homemaker. She completed her education in Pakistan. She has a Bachelor degree in Sociology, Psychology, and Persian.

Born in a conservative family, her family did not want her to pursue her career in show business. She struggled hard to come into show business especially of her father but it was her grandmother who motivated her. Veena Malik started her career as a comedian for many television shows and series opening her door to acting in 2000 in the movie Tere Pyar Mein.

Veena Malik was rumored to be dating with supermodel Ashmit Patel. The rumor aroused when they were seen bonded well and seen together at various events even after the show, Big Boss. Both Veena and Ashmit did not give the clear picture about their relationship. Veena was pulled in controversy in 2001 for her nude pictures on the internet which she denied and in 2011 she again pulled in controversy for posing nude for FHM magazine.

Veena Malik was a representative of World Health Organization (WHO) for two years. n She also has adopted two children Zain and Zafar, who were the victims of 2005 earthquake living in an SOS village. She was associated with PETA 2011-2012 and support the animal rights.