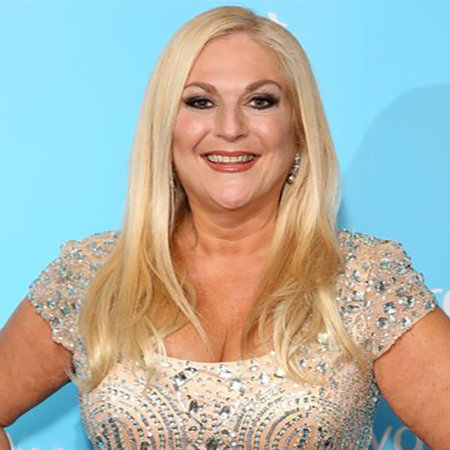 Vanessa Feltz was born on 21st of February, 1962 in Islington, London, England. She grew up in a middle-cla s s Jewish family in Pine Grove, Totteridge. Her father Norman was in the lingerie business and her mother Valerie was a housewife. Her mother died of cancer in 1995. Vanessa Feltz has one sister.

Vanessa Feltz started to write for The Jewish Chronicle at the beginning stage of her career after her graduation. While writing for the magazine Men Only, she often specialized in sex advice. Moreover, Vanessa also presented a Jewish radio show on BBC GLR.

She started to interview celebrities whilst lying on the bed on her morning TV show The Big Breakfast. Surprisingly, she alleged that Rolf Harris sexually a s saulted her while interviewing him on the program. In 1998, Vanessa Feltz moved to the BBC to host a show named The Vanessa Show. Before moving to BBC, she presented a similar show named Vanessa on ITV. Her show got cancelled in 1999, after suffering from bad publicity.

After that, Vanessa Feltz decided to join a local radio station BBC London 94.9.  She presented a mid-afternoon phone-in show there. She was also a contestant on the first series of Celebrity Big Brother.

Not only this, Vanessa Feltz made a cameo appearance in the comedy film Once Upon a Time in the Midlands. She also made an appearance in a sketch in the first episode of the second series of BBC comedy sketch show Little Britain in 2004. She played the role of a spokeswoman for a fictional swimming club. In the same year, she appeared in another reality TV show Celebrity Fit Club in a bid to lose weight.

Vanessa Feltz started to work both on radio and television from 2011.  Her voice was described to be “like lemon tea with honey” by Daily Telegraph radio critic Gillian Reynolds.

Vanessa Feltz married a surgeon, Michael Kurer in 1983. The couple gave birth to two daughters, Allegra and Saskia. But, the marriage could not last long and they finally divorced in 2000.

After that, Vanessa Feltz got engaged to singer Ben Ofoedu in December 2006. She planned to marry him the following year and Odefu said that the couple would marry in 2011. Unfortunately, no wedding took place. Later, she disclosed her previous experience of marriage to be the reason behind her decision to stay unmarried.

However, Vanessa Feltz lives together with Ben in St John’s Wood, London. They live in a house that was featured in Sir John Betjeman’s film Metro-land (1973.

Vanessa Feltz stands attractive and smart even at the age of 54. Her net worth is estimated to be high acc u mulated from her high salary for hard work as a journalist.