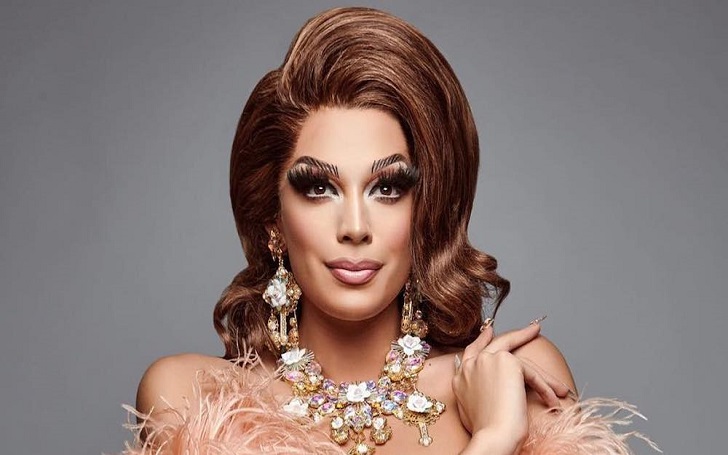 Valentina was born as James Andrew Leyva on May 14, 1991, in Bell, California, the United States of America, to Mexican parents. Names of the father and mother of the transgender television personality have not been disclosed.

It seems she doesn't have a sibling. She is of American nationality and belongs to mixed ethnicity. She had a background in performing arts and fashion. Valentina worked as a professional drag queen for ten months before joining RuPaul's Drag Race.

As for the educational background of Valentina, she has not revealed which school or college she has studied at and when she completed her graduation.

Valentina is best known for using her drag to represent Latin American culture on stage. In 2015, she became the winner of an early club version of the Boulet Brothers' show, Dragula.

VH1 announced on February 30, 2017, that Valentina was one of fourteen contestants to compete for the season 9 of its reality show, RuPaul's Drag Race.

She was eliminated in the ninth episode to Nina Bo'Nina Brown after she lost a lipsync battle to Ariana Grande's Greedy.

Valentina has also appeared in episode six of the season 24 of America's Next Top Model; she appeared on the show in a photoshoot challenge with her fellow Drag Race stars Manila Luzon and Katya.

She hosted her own WoWPresents internet show, La Vida De Valentina in 2017. It had seven episodes. She was in an issue of Vogue Mexico in October 2017 and she filmed a makeup tutorial for Vogue's on its youtube channel.

VH1 announced on November 9, 2018, that Valentina is set to compete on the upcoming season 4 of RuPaul's Drag Race: All Stars.

In addition to being a TV star, Valentina is also a singer; she released her debut song, A Prueba de Todo, in December 2018.

Being a successful TV star and singer, Valentina earns a good amount of money from her music and television career.

The figure of her total fortune has not been disclosed but looking at Valentina's success, we can assure that the net worth of the TV star should be hundreds of thousands dollar.

Her salary is also not known. However, if she wins the upcoming season of RuPaul's Drag Race: All Stars, she would get $100 thousand prize money from the show.

Moving towards the personal life of Valentina, as we mentioned earlier, she is a transgender. She seems to be pretty secretive about her love affairs and dating history.

Valentina has never revealed in any of her interviews if she is single or in a relationship with a boyfriend. Scrolling down her Instagram account, we also don't find her posting any cozy photo with anyone.