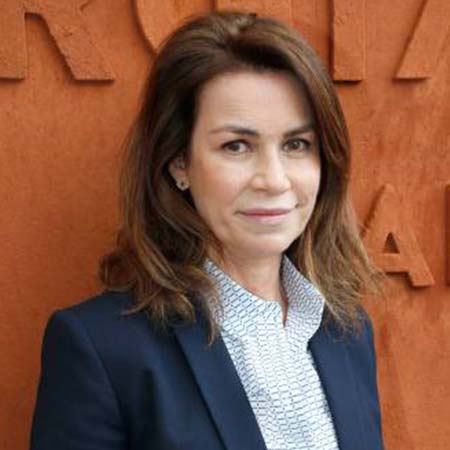 Valérie Kaprisky is a French actress who established herself as one of the prominent actresses in the entertainment industry. She is known for her role in Breathless (1983), La femme publique (1984), and Mouvements du désir (1994). Further, her role in "The Public Woman" earned her a Cesar nomination.

Valérie Kaprisky was born Valerie Chérès on 19th August 1962 in Neuilly-sur-Seine, under the birth sign Leo. She holds French nationality and belongs to mixed ethnicity, polish by her mother’s side, and Turkish and Argentine descent on her father’s side.

In 1970, her family moved to Cannes, where she witnessed the Cannes film celebration and decided to be an actor. Regarding her education, she went to the Cours Florent acting school at night in Paris.

Further, Kaprisky was cast as Pauline in 1982 French-Swiss film, Aphrodite. The next year, she made her debut in Hollywood from the American drama film, Breathless as Monica Poiccard.

After that, she made her notable appearances in several French movies such as La femme publique, Stradivari, Desire in Motion, Mon petit doigt m'a dit..., Joséphine, ange gardien, and Salaud, on t'aime among others.

Valérie Kaprisky's net worth is reportedly around $1 million as of 2019. She has earned a significant amount of money from her profession as an actress.

Valérie Kaprisky is quite confidential when it comes to her personal life. Regarding her relationship status, she is happily married to her boyfriend turned husband Jean-Yves D'Angelo who is a French pianist and composer of film music.

The couple tied the knot in 2011 after dating for twelve years. however, the information regarding their marriage relationship and children has not been revealed.