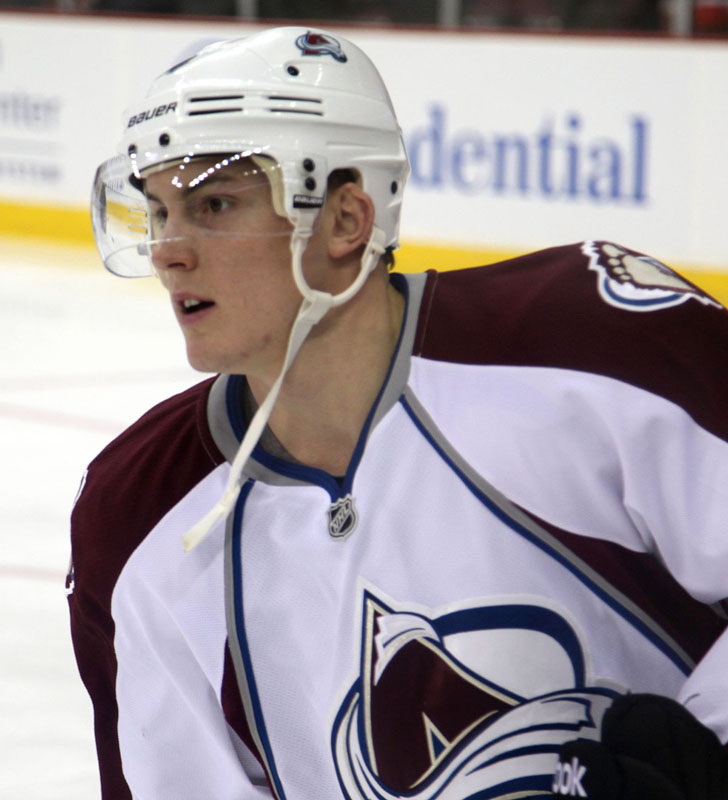 Tyson Barrie is a Canadian ice hockey defenseman who was born in Victoria, British Columbia, Canada. He is currently playing for the Colorado Avalanche of the National Hockey League.

He started his major junior career with the Kelowna Rockets in the western hockey league at the end of the 2006-07 seasons after playing in the midget AAA league with the Juan De Fuca grizzles.

Tyson Barrie is a Canadian professional ice hockey player born on July 26, 1991, in Victoria, British Columbia, Canada. He is currently playing as a defenseman for the Colorado Avalanche of the National Hockey League (NHL). He has played and captained previously for the Kelowna Rockets of the western hockey league (WHL). He is the son of former NHLer Len Barrie.

His father, Len Barrie is a retired professional ice hockey forward who played 184 games in the national hockey league and was a former co-owner of Tampa Bay Lightning. He has a sister whose name is Victoria Barrie.

He started his major junior career with the Kelowna Rockets in the western hockey league at the end of the 2006-07 seasons after playing in the midget AAA league with the Juan De Fuca grizzles. He showed his potential as an offensive presence on the blue line, leading the team's defensemen with 9 goals, 34 assists and 43 points in his rookie season with the rockets in 2007-08 seasons.

He improved upon his first full season success and lead all rockets defenseman with 12 goals and 52 points in the 2008-09 regular season. He impressively co-leads all WHL defenseman scoring 72 points in 63 games and was selected to the WHL western conference first-all-star team, the CHL second all-star team.

He was also awarded the Bill Hunter Memorial Trophy as the league's defenseman of the year. He was announced as a captain of the Kelowna Rockets for the 2010-11 seasons on September 23, 2010. He was again selected to the western conference first all-star team and finished runner-up to fellow Avalanche draft pick, Stefan Elliot, in voting for the bill hunter trophy.

He ended his junior career signing to a three-year entry-level contract by the avalanche. He completed his tenure as the club's highest scoring defenseman in the history with 228 points in 256 games.

He made his professional debut in 2011-12 seasons after attending his third avalanche training camp and assigned with the Lake Erie Monsters of American hockey league. He led the monsters in scoring at the midpoint of the campaign as a defenseman and was selected in the AHL all-star game, scoring a goal and helping the western conference to victory.

He settled on a two-year bridge deal worth 5.2 million as a restricted free agent over the summer on September 4, 2014. He appeared in a career-high 80 games and finished 8th among league defenseman with 53 points. He led the defense in scoring with 13 goals and 49 points collecting 21 points on the power play in the 2015-16 seasons.

On July 31, 2016, he reached a settlement to re-sign to a four-year, 22 million dollars contract deal with the avalanche. He made his international debut at the 2008 world u-17 hockey challenge with team Canada Pacific.

He stands 5feet 10 inches tall and weighs 190 pounds. He earns a salary from his playing career which adds up to his recent net worth of over 5 million dollars.

Barrie is one of the great hockey players of his time. He has been successfully playing hockey for over several years. He is the son of former NHLer Len Barrie who is also a former co-owner of Tampa Bay Lightning.

Len is from Langford, British Columbia, which is located on Vancouver Island, a suburb of Victoria. his girlfriend's name is Aisha Estey.

He has been in a relationship with Aisha for several years. It seems like he has kept a privacy about his personal life but there are much more things that are to be revealed among his fans in the future. The couple seems to be happy and enjoying their lifestyle according to the pictures they have revealed on the social networking sites.