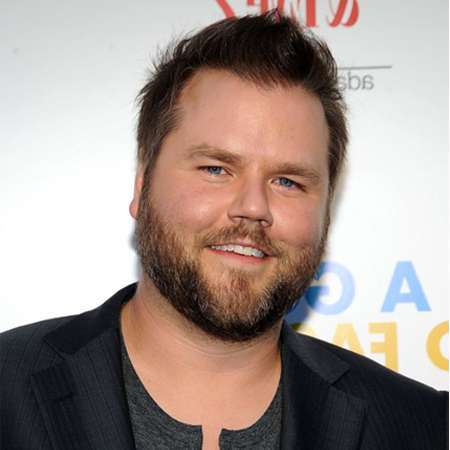 Tyler Sean Labine was born on April 29, 1978 in Brampton, Ontario in Canada. He is the brothers of actors Cameron Labine and Kyle Labine. He has appeared in several movies and television series such as ‘Breaker High’, ‘Invasion’, and ‘Reaper’, and the film Tucker & Dale vs. Evil.

Tyler Labine made his first appearance at his young age through a TV series called Street Legal as Aaron Wineberg in 1991. Since then he has appeared in many TV series like The ‘Odyssey’, ‘Road to Avoniea’, ‘Madison’, ‘Are You Afraid of the Dark?’ And ‘The Commish’. In 1996, Labine made his film debut through Robin of Locksley as Little John followed by Sabrina the Teenage Witch as Mark. From 1997-1998, Labine starred in a teen comedy-drama series called Breaker High as Jimmy Farrell which was his first breakthrough role.

In 2006, Tyler Labine appeared in TV series and movies like Saved, Boston Legal, Flyboys and Extreme Walking and the following he appeared in Traveler. In 2008, he appeared in films like Control Alt Delete and Zack and Miri Make a Prono. From 2007 to 2009, Labine starred in a comedy TV series called Reaper. In the year of 2010, Labine starred in Canadian-American comedy horror movie named Tucker & Dale vs Evil as Dale Dobson and also cast in other movies like Badass Thieves, Fathers & Sons and True Love and the following year, he did some movies like A Good Old Fashioned Orgy, Rise of the Planet of Apes and Sisters & Brothers.

Tyler Labine was cast in TV series, Animal Practice from 2012-13 and in Deadbeat from 2014-16. In 2013 and 2014, he appeared in movies like Monsters University, Rapture-Palooza, Cottage Country, Super Clyde, That Burning Train, Someone Marry Barry, Killing Winston Jones, and Mountain Men. In 2015, Labine appeared in Zoom and this year, he appeared in The Boss, The X-Files and Voltron Legendary Defender (present). Labine’s different roles have won over thousands of hearts. Labine is active on many social media sites including twitter and Instagram. We hope to see his different roles in near future as well.

Tyler Labine has been married to Carrie Ruscheinsky since 2nd June 2007. His wife is an actress and producer. They have two children. It seems like they are very devoted to their marriage life and there has been no news about their divorce till now. This Canadian actor stands 6 feet tall with weight about 80 kg and has an estimated net worth of $2 million, which means he earns a good salary. Labine has maintained his both professional and marriage life very smoothly and also dedicated to both.