Tyler Hubbard is a singer from the United States. He is best known for being a member of the Floria Georgia Line, a Nashville-based duo. Also, his album Here's to the Good Times, charted number one in the United States on the Country charts.

Tyler Hubbard was born in the United States on January 31, 1987, in Monroe, Georgia. He is the son of Amy Hubbard (mother), and Roy Hubbard (father) who died in a helicopter accident near their home in 2007.

The singer grew up with his siblings Cameron and Amelia Hubbard. As of April 2021, Tyler is 34 years old and stands tall at the height of 6 feet 1 inch.

Moving towards his academics, he attended Loganville Christian Academy and graduated from Belmont University.

Career Highlights: What Is Tyler Hubbard Known For?

Hubbard started playing guitar in his high school and was introduced to Brian Kelley at Belmont University in 2007. Later, they became great friends, and began writing songs and playing guitar together, and formed a duo called Florida Georgia Line.

The duo released their first EP "Anything Like Me" in 2010. "Here's to the Good Times," the duo's first studio album, was released in 2012 and was the sixth best-selling album of the year.

The album's first song, "Cruise," debuted at number one on the Country Airplay chart on December 15, 2012. With over 10 million downloads, the album is also the best-selling country digital song of all time, and it spent 24 weeks at the top of the Hot Country Songs chart. "Easy," "Talk You Out of It," and "Blessings" are among the band's singles.  Life Rolls On, their fifth studio album, was released on February 12, 2021, and was co-produced by the duo and Corey Crowder. The singles "I Love My Country" and "Long Live" are included.

How Rich Is Tyler Hubbard?

The Cruise singer's net worth is expected to be between $25 million to $30 million in 2021. His good career as a singer and songwriter provides him with a substantial source of income. He makes a good living as a songwriter, and his songs have become international hits, boosting his net worth. CAPTION: As of 2021, Tyler's net worth is expected to be between $25 million to $30 million SOURCE: The Unspoken [odcast

Additionally, Tyler founded Tree Vibez Music, an music publishing company in 2015. Since its formation, the company has signed authors like Jordan Schmidt, Jimmie Deeghan, as well as singer-songwriters Canaan Smith and RaeLynn.

Hubbard is a husband and father. He proposed to his girlfriend, Hayley Stomme during a helicopter ride, and officially agreed to start their journey as a married couple.

On July 1, 2015, the pair exchanged wedding vows in an intimate ceremony only inviting family members and close friends. 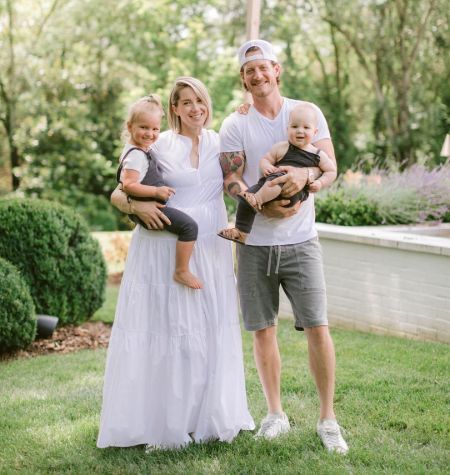