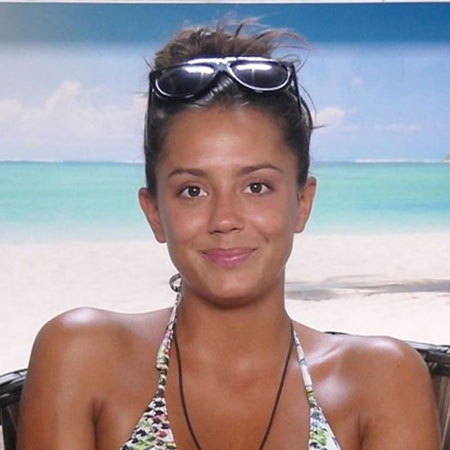 British model, Tyla Carr is mostly recognized for her performance over ITV2 series Love Island. She is also known for her appearance on the dating game show program First Dates.

Tyla Carr was born on January 29, 1993, in Surrey, England. She was born to father, Johnny, and mother, Carrie. Her father used to run a club in London. She also has a younger sister named Tasha. Nationality wise she is British and belongs to the white ethnicity.

Carr is popularly known as the contestant of ITV2 series Love Island.

Tyla began her career as a model prior being the part of the reality show. Her first television appearance was in 2016 on the show First Dates, where she went on a date at the Paternoster Chop House with Bobby from Essex.

However, she rose to fame after appearing on the ITV2 series Love Island. The show where contestant participates in a search for their true love.  She has taken 38 different bikinis with her in the show and spent around £3,000 on her cosmetic products and clothes.

Also, she was photographed with her father just before entering into the Love Island set.

Recently, Carr is romantically linked up with her Love Island co-contestant Mike Thala s sitis. Prior to Mike, she shared a good bond with Jonny Mitchell but it couldn't last long. She was linked with several men during the show and went on a date with many of them.

One of her former partners, Johnny spoke about Carr and said that she deceived him and broke her promise. He said:

It wasn’t like it was a 10-year relationship, I’m going to get over things. But it is quite embarra s sing, I think, for her. And it was a bit of a knock to me.

Even Carr revealed she was in a relationship with a married man but later Carr broke up with him after knowing he already had a wife.

Carr thinks herself as a dating connoisseur and has been on several dates. She further revealed that she is a serial dater and loved the first date. She is also a frequent user of a dating app.

One of the most surprising facts about her is that she entered Love Island villa with a promise to her grandfather that she wouldn’t have sex on the show and before that he pa s sed away some months ago.

Surren born model’s father plans to hire a bodyguard for her daughter as she received death threats over controversial romances.

As a popular reality star, Tyla earns a good amount of money from her career. She spent about £3,000 on shoes, cosmetics and 38 bikinis for the show.

Even though there is no concrete figure about her net worth, it is certain that she has acc u mulated a net worth of millions.