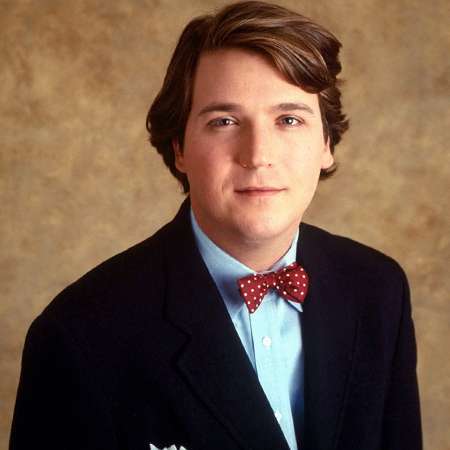 Tucker Carlson has been known for his crucial role in the Fox News Channel, for being the host and political correspondent for several shows. He is the host of Tucker Carlson tonight as well as Crossfire and Tucker.

Tucker Carlson was born on the 16th of May, 1969. His birthplace is in San Francisco, California. His father is none other than the former Los Angeles news anchor as well as the U.S ambassador to Seychelles, Richard Warner Carlson.

Tucker also has a brother named Buckley Swanson Peck Carlson. He was enrolled in the St. George’s School in Middletown for his primary education and later in Trinity College for his degree in history.

Tucker Carlson is a political news correspondent and a host who has been known for his work on the Fox News Channel. His career started off after he became a member of the editorial staff of Policy Review. He then moved on to work as a reporter for The Weekly Standard. He has also been the columnist for Reader’s Digest and has written for Esquire, Republic, The Daily Beast as well as The New York Times Magazine.

Tucker Carlson joined CNN as the youngest anchor on 2005. He was appointed the co-host of Crossfire later and was also the host of a public affairs program on PBS.

Tucker Carlson's contract was not renewed by the CNN on 2005 in January and he moved on to become a part of Tucker, which premiered on MSNBC. He was hired as a contributor on Fox News on May 2009 and has been the co-host of weekend editions of Fox and Friends. He has also joined the NBC Sports Network. He owns a political news website called The Daily Caller with Dick Cheney and Neil Patel.

Tucker Carlson is married to wife Susan Carlson. She was his girlfriend from a long time ago when she was a classmate of St. George. Susan’s father was the headmaster of the school at the time. The couple has been married for a long time and they have four children together. They have three daughters and a son and the couple seems to be getting along pretty well together.

Tucker Carlson's Net Worth, Salary, And Major Source Of Income

Tucker Carlson is known for wearing bow ties and his appearance due to it has been a public issue too. He announced that he would no longer be wearing it from 11th of April, 2016.

As of April 2018, Carlson's annual salary was around $4 million as an American conservative political commentator and TV host for Fox news channel and in 2019, he is paid around $6 million.

Tucker Carlson's Age And Other Facts

He belongs to American nationality and his ethnicity is White.