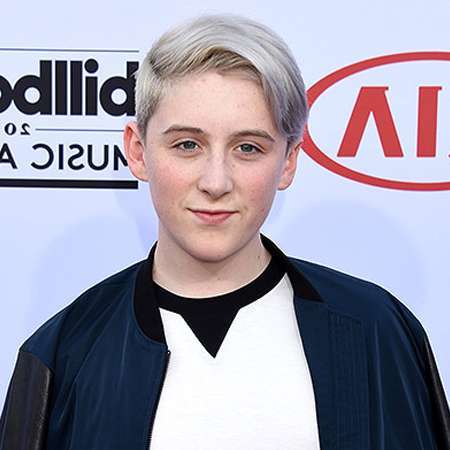 Trevor Moran is a recording artist and a YouTube star. At the age of ten Moran upload his first video on YouTube in 2008. Since then, he became the internet sensation. He was born on September 30, 1998, in Poway, California. His birth name is Trevor Michael Moran. His mother name is Nicole Moran and his father is Tim Moran. He has one brother named Blake Moran.

He has more than 1.1 million subscribers on his YouTube channel. He also is the 2014th winner of Teen Choice Award Web Star: Comedy. In accordance to his bio, he is also been nominated for Macy's iHeartRadio rising star. His nationality is American and he belongs to white ethnicity.

This celeb began his career by debuting his first videos on YouTube of himself dancing to a famous song at the Apple Store. In 2011, he released his first single 'Bust the Floor.' In 2012, Moran competed for the X Factor and performed the popular song of LMAO's 'Sexy and I know it' in the audition. However, he was later eliminated in the 'Boot Camp' stage. Later, in August 2012, he joined the collaboration channel our2ndlife (O2L) in company with Connor Franta, Justin, Jc Caylen, Kian Lawley, Ricky Dillon, and Sam Pottorff, which got more than 3 million subscribers after separating in December 2014.

Moran first debuts his single 'Someone' on September 2014. Later, that same year on December he released his second single , titled 'The Dark Side'. His second single ranked number 25 on Billboard Dance/Electronic Digital Song. In June 2014, he again released a single entitled 'Echo', next he released a single album entitled 'XIAT'. The albums contain three songs. He later debuts his extended play 'XIAT' on December 9, which ranked number 1 on the US heat chart. Moran released his music video for 'Let's Roll' on November 23, 2015, featuring Lia Marie Johnson.

On January 22, 2016, he again released his extended play, labeled 'Alive' and later went on to tour alongside his fellow member of O2L Ricky Dillion. His song 'Got Me Fellin Like' was released in March 2016.

He is struggling with depersonalization disorder and Anxiety Attack which he detailed in his song 'XIAT' ( pronounced Anxiety). Moran has hinted his sexual orientation on his video song 'I Wanna Fly' released on 30th September 2015. Later, he publicly came out as gay on his YouTube video. His revelation covered the internet, creating the gossip guru to make up the story that he has sexual affair with Shane Dawson. Although, the rumor was responded by Shane and says that there is no such thing that Moran is his girlfriend, and further added, “Moran is very young to have sex with.”

As of 2016, he is 17 years old. He is 6 feet 1 inch in height. This young star has a net worth approximately $150,000 and we believe that he is probably enjoying a good salary. He is now currently living with his parents.