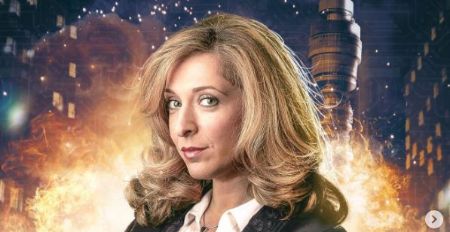 English actress Tracy-Ann Oberman is worldwide famous as Chrissie Watts in the BBC soap opera EastEnders (2004-2005) and Valerie Lewis in the Channel 4 sitcom Friday Night Dinner (2011-2020). The regular contributor to The Jewish Chronicle (2009–2017) is also a playwright, writer, and narrator.

The versatile personality Oberman was born Tracy Anne Oberman on August 25, 1966, in Brent, London, England. Currently, her age is 54 and she stands at the height of 5 feet 6-inch or 168 cm tall.

Tracy went to the Heathfield School for Girls. She joined Leeds University and after a year moved to Manchester University in order to pursue drama.

Tracy-Ann is reported to have an estimated net worth of $2 million as of July 2021. She mostly gains tremendous dollars as an actress, playwright, writer, and narrator. The millionaire began her career appearing in theatre. Her few theatre credits are Macbeth, A Christmas Carol, The Oak Tree, McQueen, Fiddler on the Roof, Present Laughter, and Pack of Lies.

Oberman received international fame as Chrissie Watts in the show EastEnders. On the set of the BBC soap opera (2004-2005), she appeared in a total of 218 episodes alongside Kat Slater, Bobby Beale, and Stacey Slater. Her other television series include Casualty, Bob Martin, Lenny Henry In Pieces, Friday Night Dinner, Toast of London, Siblings, Brotherhood, Thomas & Friends, Tracey Breaks the News, After Life, Dun Breedin, and It’s a Sin. Her post-production series is Ridley Road. 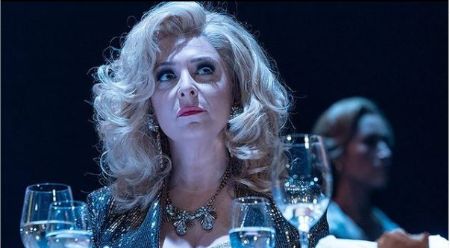 Besides that, EastEnders actress is a narrator. Some of her radio and audio credits include Man in the Elephant Mask, The Way It Is, The Attractive Young Rabbi, The Sunday Format, Getting Nowhere Fast, Rigor Mortis, Pat and Margaret, A Christmas Carol, Torchwood, and Escape to the Chateau.

Furthermore, Tracy served as a writer in radio series such as News Review, Comedy Nation, Harringham Harker, a theatrical play, Three Sisters on Hope Street, and a radio play, Bette and Joan and Baby Jane.

Who Is Tracy-Ann Oberman Married To? Is She Active On Instagram?

Oberman is married to music producer Rob Cowan. The couple exchanged wedding vows in December 2004. Later, they share a daughter born in August 2006.

The woman of all seasons is not available on social media platforms: Instagram, Facebook, YouTube, and TikTok. She is active on Twitter under the name Tracy-Ann Oberman which was created her profile in June 2009. Her verified Twitter handle has 99.6k followers as of July 2021.