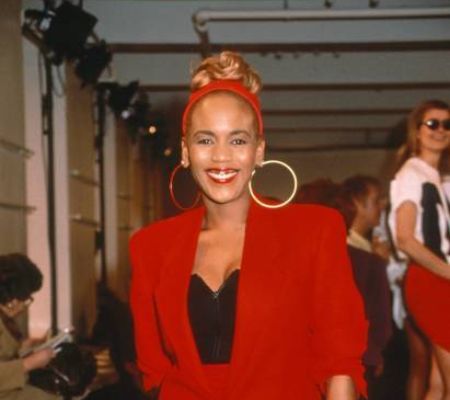 Doris A. Smith, professionally known as Toukie Smith, is an American actress, producer, model, and former restaurateur. She is best known for playing the main role of Eva Rawley on the NBC sitcom 227 from 1989 to 1990.

Smith is currently 68 years old. She was born on September 25, 1952, in Philadelphia, Pennsylvania, to parents Willie Lee Smith, an ironworker, and June Eileen Smith, a homemaker. Talking about her height, she is cited to be 5 ft 8 in (1.72 m) tall.

Toukie had two brothers: Willi Smith, the designer, and Norman Smith. Her older brother, Willi, was regarded as one of the most successful African-American designers in the fashion industry at the time of his death. He pa s sed away on April 17, 1987, at age 39 from pneumonia complicated by shigella.

Her grandmother, Gladys Bush, worked as a housekeeper at a close family to designer Arnold Scaasi. She helped Smith's older brother to score an internship with Scaasi. Toukie went on to attend the Fashion Institute of Technology in New York City.

Who is she married to? Husband & Children

Smith has never tied the knot up until now. However, she was in a long-term relationship with Academy-winning actor Robert De Niro. While not much is known about how they met, the former couple dated for eight years, from 1988 to 1996. Smith and De Niro became parents to twins Aaron Kendrick De Niro and Julian Henry De Niro during this time. 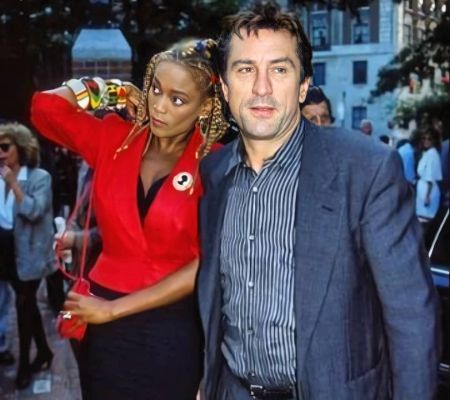 CAPTION: Toukie Smith was in a relationship with actor Robert De Niro from 1988 to 1996. SOURCE: Instagram @robert_de_niro_offical

Their two sons were born on October 20, 1995, via in vitro fertilization and a surrogate mother. Following separation from De Niro, the 68-year-old has kept her romantic life out of the spotlight. For this reason, her dating history and current relationship status remain a mystery.

According to Celebrity Net Worth, Smith has an estimated net worth of $3 million as of 2021. She began her career as a model in 1972, working for well-known brands as Chanel, Versace, Geoffrey Beene, Issey Miyake, Norma Kamali, Thierry Mugler, and Patrick Kelly.

The 68-year-old also modeled for her brother Willi Smith's brand WilliWear Ltd. and enjoyed a successful print career. Toukie did a photo campaign for Yves St. Laurent and had appearances in a number of magazines such as Vogue, ELLE, Ebony, Cosmopolitan, Redbook, and Seventeen.

Smith was named Bloomingdale's Model of the Year in 1978, and she became the second African–American model to have a look-alike mannequin. As an actress, Toukie is known for her starring role as Eva Rawley on the NBC television series 227 from 1989 to 1990.

Besides 227, her notable credits include Talkin' Dirty After Dark, Joe's Apartment, I Like It Like That, The Preacher's Wife, 1Miami Vice, Me and Him, and Goosed. The 68-year-old also owned a restaurant called Toukie's in the West Village neighborhood of New York City. She currently resides in Battery Park City in New York.