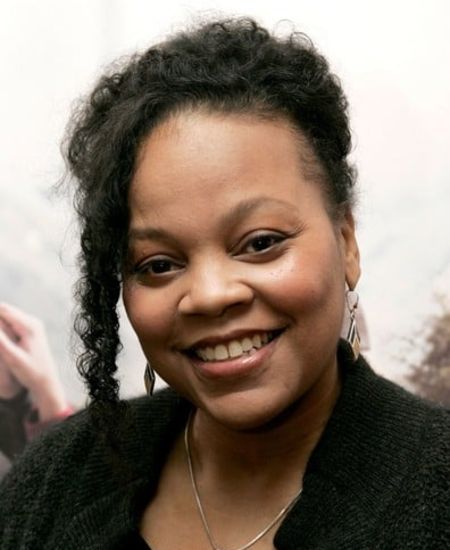 Tonye Patano is an American film and television actress most known for playing Heylia James in the Showtime dark comedy-drama series Weeds and Phylicia Evans in the ABC soap opera One Life to Live.

Tonye Patano Early Life: What Is Her Age?

Tonye Patano was born on October 16, 1961, and is of American nationality. She is 59 years old at the time of this writing in December 2020.

In 2005, at the age of 44, Tonye Patano suffered a stroke that caused her to temporarily take a hiatus from acting to rehab. The incident happened almost a decade after she was diagnosed with diabetes at the age of 35.

Tonye Patano made her on-screen debut in 1984 as Laverne Owens in the made-for-TV biographical movie, The Jesse Owens Story, based on the life of the eponymous Olympic gold medalist.

She has since appeared in other TV movies as well as theatrical releases like Highway Heartbreaker, Fresh, The Great New Wonderful, Little Manhattan, The Savages, The Taking of Pelham 123, The Company Men, The David Dance, Every Secret Thing, Time Out of Mind, Jack of the Red Hearts, Roxanne Roxanne, and A Vigilante. 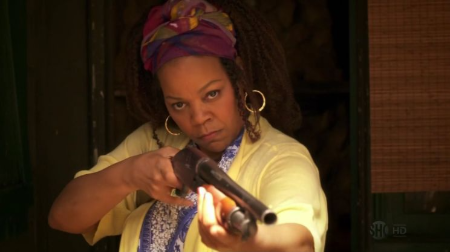 She is most known for playing Heylia James in the Showtime dark comedy-drama series Weeds and Phylicia Evans in the ABC soap opera One Life to Live.

Besides her on-screen career, Tonye Patano is also a stage actress. She most notably played Erm, from March to April 2003, in a Humana Festival production of the Kia Corthron play, "Slide Glide, The Slippery Slope", at the Actors Theatre of Louisville in Louisville, Kentucky.

Additionally, she also had a role in a Brown Forman Series production of the Annie Baker play, "Circle Mirror Transformations", at the Pamela Brown Auditorium, Actors Theatre of Louisville in Louisville, Kentucky, from January to February 2017.

While there are no official records of her precise net worth, Tonye Patano is believed to have a net worth of $300 thousand. As an actress, her wealth comes primarily from her on-screen career. She made her on-screen debut in 1984 and her career continues to this day.

Where is Tonye Patano Now?

Despite suffering a debilitating stroke in 2006, Patano continued working, albeit slowing down considerably. She still works to this day. Speaking on her personal life, Tonye Patano has been notoriously secretive of her life outside of her work. There are no records to speak of pertaining to her relationships, love affairs, or anything of the sort.