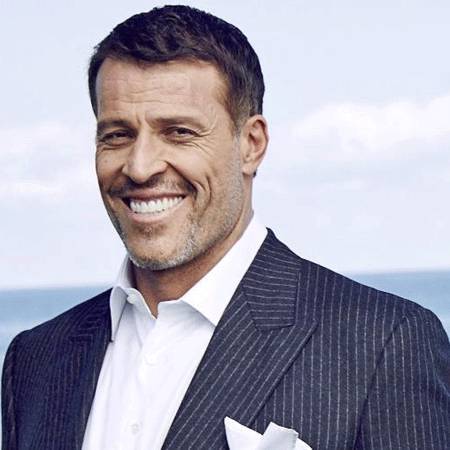 Tony Robbins was born on 29th February 1960 in North Hollywood, California, United States. He is an American author, philanthropist as well as a businessman. He is better known for infomercials i.e a form of television commercial which gives which includes a phone number or websites and self-help books named Unleash the Power Within, unlimited Power, and Awaken the Giant Within. He is eldest of the three children. Tony’s father and mother got divorced when he was only seven years old. Tony was raised in California.

When Tony Robbins was 17, his mother chased him out of the house and he never returned. As a result, he did not attend college. He said that his home life was abusive and chaotic. He started his career promoting seminars for an American entrepreneur named Jim Rohn. Even without any educational background in psychology, Tony Robbins taught neurolinguistics programming and Ericksonian hypnosis after training with NPL co-founder named John Grinder.

In the year 1983, Tony Robbins learned fire-walk and began to incorporate it into his seminars. He also started using skydiving, board breaking and later firewalking in his seminars to help participants to learn to push through their fears.

Through his books and television infomercials, Tony Robbins promoted his services as a peak performance coach. In 1988, he released his first infomercial named Personal Power which was produced by Guthy Renker. His early infomercials featured celebrities such as actor Martin Sheen and a Pro Football Hall of Fame quarterback Fran Tarkenton. By the year 1991, approximately 100 million American had viewed his infomercials in 200 media.

Tony Robbins began his eladership academy seminar in 1997. He is a featured speaker on the seminar circuit sponsored by Learning Annex. He has also appeared at the 2006 Technology, Entertainment and Design conference as a featured speaker. He was named in Forbes magazine’s ‘Celebrity 100’ list earning an estimated $30 million annually in 2007. His talk in the May 2016 was the seventh most viewed TED talk.

Tony Robbins along with a group of investors including Mia Hamm, Peter Guber and Magic Johnson acquired rights to launch a Major-League Soccer franchise in Los Angeles in 2014. In 2017 the team scheduled to begin competition. He has also been involved with the Robbins-Madanes Center for Strategic Intervention that focuses on family, personal and organizational psychology. It claims to help people ‘find breakthrough strategies and solutions for overcoming the problems that confront us all’.

After meeting Rebecca Jenkins,Tony Robbins got married to her in 1982. After 14 long years of marriage, the couple got divorced. He has one child from his first wife. After his first marriage, he started dating Liz Acosta. He has one child named Jairek Robbins from his girlfriend. His son is a personal empowerment trainer. Later in 2001 he got married to Bonnie Humphrey who is an acupuncturist and a phlebotomist. Currently, he resides in Palm Beach in Florida. The current net worth of Tony is $480 million.