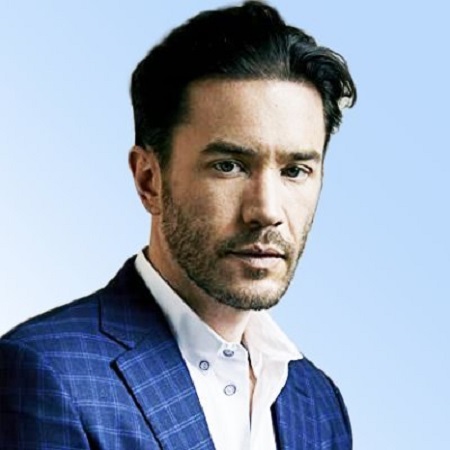 Tom Pelphrey is a famous American actor who started his acting career in 2003. The 38 years old actor came into the spotlight for appearing in television series like Ozark, Guiding Light, Banshee, Iron Fist, and As the World Turns.

Tom was born Thomas J. Pelphrey on 28th July 1982, in Howell, New Jersey, the United States of America. As of 2020, his age is 38. His nationality is American whereas his ethnicity is Caucasian white.

Regarding the educational background, Tom studied at Howell High School and graduated in 2000. Upon graduation, he studied at Rutgers University (Mason Gross School of the Arts). He graduated with a Bachelor of Fine Arts degree in 2004.

Tom began his professional acting career in 2004 appearing as Jonathan Randall in Guiding Light. In 2007, he appeared in television series like The Burg and Numb3rs. The following year, he starred in the role of Brian in Ghost Whisperer and as Mick Ragosa in the CSI: Miami.

Since then, Tom has appeared in series like Law & Order: Special Victims Unit, Black Box, Banshee, Chicago P.D., The Good Wife, As the World Turns, Body of Proof, Ozark, Blindspot, Iron Fist, The Following, and many others.

Tom made a big screen debut in 2008 appearing in the movie Birds of America. Besides this, he has appeared in movies like Junction, Tiger Lily Road, Excuse Me for Living, Crazy Alien, Mank, A Cry from Within, The Girl Is in Trouble, Sam, Turtle Island, Blink, and many others.

His theatre performances include A New Television Arrives Finally, In God’s Hat, End of the Rainbow, and Fool for Love.

How Much Is Tom Pelphrey’s Net Worth?

Tom has been working in the entertainment field for around sixteen years now. The actor has worked in dozens of movies and television series earning a decent figure of money.

Talking about Tom Pelphrey’s net worth, his worth is reported to be around $3 million.

Personal Life; Who Is His Girlfriend?

Tom is not married at all. However, he has been in a relationship a couple of times. He was previously in a relationship with Stephanie Gatschet, an American actress. The couple first met on the set of Guiding Light. They dated for a short period of time.

During the time, Tom was also rumored to be in a relationship with Gina Togoni. As per sources, they started dating on Valentine’s Day 2005 but broke up soon later.

After breaking up with Stephanie, he started dating Lili Simmons. The actor even posted numerous pictures with Lili.

Tom’s romance with Lili ended after he started dating actress Jaimie Alexander. They are happy together.

Talking about Jaimie’s relationship history, she was engaged to actor Peter Facinelli. They were in a relationship from 2012 to 2015. They ended their engagement because of conflicting family and work commitments.

Likewise, Jaimie was previously in a relationship with Airon Armstrong.