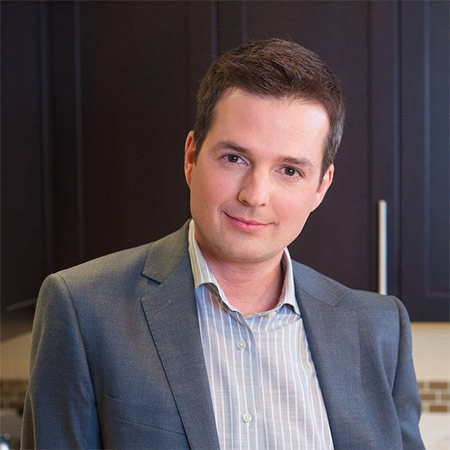 Todd Talbot is a television personality and actor who has made his name in the acting fraternity for being one of the co-hosts of Love it or List It Vancouver and also been known for his endeavors in the W Network as well as the HGTV Television.

Todd of Canadian nationality was born in the year 1973. Born in Vancouver, Canada, he started off his career in acting at a very early stage. He appeared alongside Ryan Reynolds in the series Hillside on the year 1990. The Canadian TV series portrayed his character of Matt Walker from 1991 to 1993 and he later studied acting, dancing and singing. He has a love for theater and has also appeared in several theater productions all over the world.

The acting credits of this personality include acting on 2000 in The Outer Limits and on 2001 in Night Vision. He has also been talked about for the roles he has portrayed in Dark Canal, Taken, and Young Blades etc. His hosting capabilities have shown on screen for the shows like Breakfast Television, The Morning Show, The Marilyn Denis Show, CTV Morning Live and much more He appeared as a paramedic in an episode of Dark Angel and has appeared as Tony Woodruff in an episode of Taken. Smallville has portrayed Talbot in the character of Dr. Trenton and he has appeared in two episodes of Young Blades as Father Antoine. Talbot has also appeared as a guest host in an episode of The Morning Show on 2014.

As of now, Todd Talbot is involved in being the co-host of Love it or List it Vancouver. The series which debuted in January 2013 includes the hosting skills of Jillian Harris along with Todd. Another endeavors that he has been involved in includes contributing to online blogs to the W Network.

Tood Talbot has never been known to have had a girlfriend and is not married. He has never disclosed the details about his personal life to the general public on any occasion. This has at times led to the conclusion of him being gay but this rumor has never been found to be true. It has been noted that he has a brother but he does not reveal the identity to his brother to his fans. While tabloids have let out details in regards to him having a daughter and wife, these rumors have never been known to be true.

Todd Talbot has ama s sed the net worth of 700 thousand dollars for the skills he has portrayed as a television personality in the past few years. He has the height of 6 feet and 1 inch. He is also actively involved in social networking sites like Twitter and Facebook and will surely continue to become more successful in the arena in the time to come.