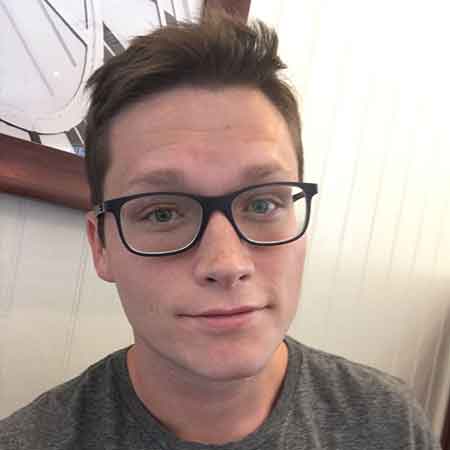 American YouTuber Trevor Martin aka TmarTn is best known for posting Call of Duty videos on his main gaming channel, TmarTn. In 2010, he created his YouTube channel, TmarTn, and TmarTn2 where he uploads CoD videos and game tips. As of 2019, his channels have 3.40m+ and 3.728+subscribers along with 820.13 m+ and 1.39 billion+ views respectively.

TmarTn was born Trevor Martin on September 4, 1992, in Daytona Beach, Florida under the birth sign of Virgo. He studied finance in college.

TmarTn started his YouTube career in May of 2010 where he uploads CoD  (Call of Duty) videos on his channel, TmarTn, and teaches the audience how to play CoD in the most efficient manner. As of 2018, the channel has 3.39m+ subscribers and 807m+views.

"Infinity Ward and the next Call of Duty 2016" and "Prop Hunt - Most Fun I've Had in CoD WW2" were the two most popular videos of TmarTn which were viewed more than 1.9 million times on YouTube.

In August 2010, he created a second gaming channel titled ‘TmarTn2’ where he posts let's play, gameplay, and walkthrough videos for all kinds of video games.  Similarly, since 2016, he runs a YouTube channel, Trev, and Chels along with his girlfriend Chelsea Kreiner.

TmarTn's Net Worth, Salary, And Major Source Of Income

TmarTn is one of the most popular YouTubers, who has an estimated net worth of $2.5 million. He owns a luxurious house in Los Angeles.

He has successfully run 4 YouTube channels and earns a decent salary from them.

The YouTuber is also quite active on Instagram account with 589 K followers and it is also the major source of income to boost up his net worth.

He owns a house in Lake Holden, one of the cleanest Lakes in Orlando.

Also See, Meet Jeffree Star, One Of The Richest YouTubers-How Much Is His Net Worth?

TmarTn is in a romantic relationship with his longtime girlfriend,  Chelsea Kreiner. The couple first met in 2015 and after a few meetings, they started dating.

Where have you fin all my life? Dolfun suit by @duvin, girl by @tinder

The couple has created a YouTube channel, Trev, and Chels where they upload their vacationing videos. The channel has 484k+ subscribers and 30m+ views. TmarTn is a dog lover and has 3 dogs.

The YouTuber along with Thomas "Syndicate" Cassell dodged a fine for secretly promoting their gambling site. There was a rumor that the YouTubers are in jail but they are not at the moment.

TmarTn's Height, Age, And Other Facts

Below we present the popular video of TmarTn,