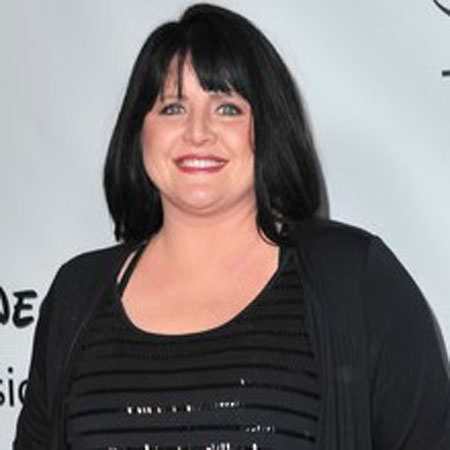 Tina Yothers is an American actress and singer, well-known for her role as Jennifer Keaton on the NBC series named Family Ties.

Tina Yothers was born on 5th May 1973 in Whittier, California. She was born to her father, Robert Yothers, a television producer. She also has three brothers Jeffery, Randy, and Cory, all of them acted in commercials as children.

She is of White American ethnicity and holds an American nationality.

Tina's career began from television advertisements at her early age of three. Her first debut role was in the 1981 television movie The Cherokee Trail. Yother also made her appearance in the 1982 feature film Shoot the Moon.

Her breakout role was as Jennifer Keaton, the younger daughter in the television comedy Family Ties from 1982 to 1989. Moreover, Tina also competed in the Battle of the Network Stars in December 1988.

Yothers wrote the book named Being Your Best: Tina Yothers's Guide for Girls and formed the band Jaded with her brother Cory. Additionally, Tina also provided the lead vocals while Cory played the keyboard.

After nine years of gap from acting, Tina was given the lead role in Lovelace the Musical, a 2004 stage show based on the life of former adult-movie star Linda Lovelace.

Yothers made her appearance in the fourth season of the VH1 reality television show Celebrity Fit Club, which was aired on 6 August 2006. After her second pregnancy, she appeared on Celebrity Fit Club: Boot Camp, trying to get back to her post-Fit Club weight.

Tina Yothers is a married woman. In 2002, she married to Robert Kaiser, an electrician who has a daughter from his previous marriage. Tina Yother has two children with her husband Robert, a daughter Lillian Grace 'Lilly'(born in October 2005), and a son Rober Jake(born on 24 September 2007).

Tina Yother earns a decent amount of money from her acting career and from the book she has published. Her current net worth is estimated to be $2 million.