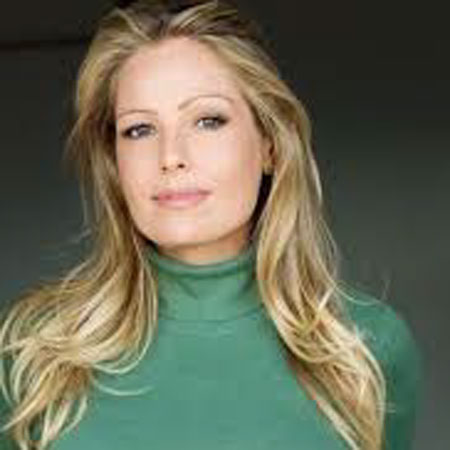 Tina Morosco was born in Boonton, New Jersey. She is an actress and she is better known for her appearance in Just Ask My Children, A Distant Thunder as well as Final Move. She has a brother named Nick. She is of an American nationality and of white ethnicity.

Tina Morosco worked there for three years. Finally, after three years, she was hired by International Creative Management (ICM).  She was hired to help, create as well as build their scale voiceover department. For her to work as an agent was an incredibly rewarding experience.

Though she was working as an agent but still somewhere inside her there was an acting bug. So, Tina Morosco decided to gain viewpoint of the acting and its business side. After that, Tina completed her Master’s Degree in Acting from the Rutgers Theater Company from the Mason Gross School of the Arts.

To begin her career in acting, she moved out of Los Angeles in 1999. After that, Tina Morosco never looked back to her past. She then has continuously worked in film as well as in television.

Tina Morosco's work in film includes ‘Sympathy for Delicious’, ‘Final Move’, ‘A Distant Thunder’, ‘The Open Gate’, ‘Victims of the 23rd Century’, and ‘Under the Gun’. Her television works includes ‘Jane the Virgin’, ‘Castle’, ‘Boston Legal’, ‘Numbers’, ‘Two and A Half Men’, ‘CSI’, ‘Cold Case’, ‘Parks and Recreation’, ‘The O.C.’, ‘Just Ask My Children-MOW’, ‘Pa s sions’, ‘Arrest and Trial’, etc. which aired in different channels like, ABC, CBS and NBC.

Some of Tina Morosco's theater works are ‘The Sizemore Interviews’ as Cindy in Hudson Guild Theater, ‘The Cliffs of Mother’ as Mariah in La Mama annex theater, ‘Rat Race’ as Elizabeth, ‘Up with Which We Shall Not Put’, in Westbank Theater, ‘Richard II’ as Queen Isabella, ‘Whose Life is it Anyway’ as Nurse Anderson, ‘The Musical Comedy Murders of 1940’ as Marjorie Baverstock, ‘Only Child’ as Cara Landford, ‘Fitting Rooms’ as Mariel and ‘Mill Fire’ as Darlene in Rutgers Theater Company.

She also says that she overreacts to small things and under react to bigger things. Besides her acting, Tina Morosco is also good at dancing, skiing, stage combat, rollerblading, gymnastics, voiceover coach and flute. The net worth or salary of Tina has not been disclosed yet