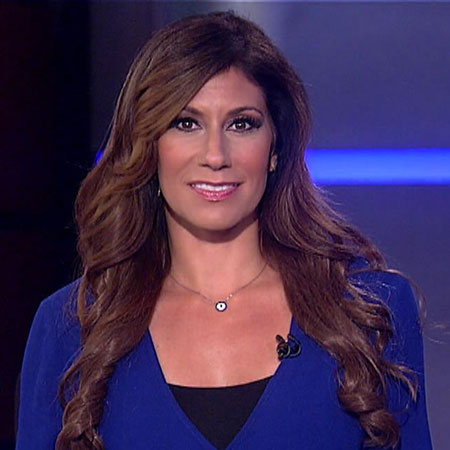 An American television and radio sportscaster, Tina Cervasio is serving as a sideline reporter for CBS Sports. She is recognized best for hosting and covering for New York Knicks on MSG Networks from 2008 to 2015 winning the Seven New York Emmy Awards.

Tina Cervasio was born on December 10, 1974, in Nutley, New Jersey. She has an American nationality and is particularly white American by ethnicity.

She is the daughter of Joseph Cervasio, a vice president at Blue Green Corporation and Maria Cervasio, a director of the extended-day program at Nutley Board of Education.

Cervasio is a graduate of University of Maryland with Bachelor in Arts majoring in journalism in 1996. She worked at the campus radio station WMUC and anchored on the Terrapin Time Out, a sports program on the university’s television station.

Tina Cervasio is a veteran sportscaster serving the different networks for more than two decades. She started out her career after graduation as a reporter or host for several channels including ESPN2, NFL Sunday Ticket, Sunshine Network and CN8.

Her career bloomed after she became a reporter for 2004 Summer Olympics for Westwood One radio.

As a sideline reporter, she has covered for College Football and College Basketball including NFL on Fox and NBA on TNT. Tina Cervasio also served at New England Sports network (NESN) as the Field Reporter for Boston Red Sox.

Along with that Tina Cervasio is serving as the host of 'Red Bulls Insider' at MSG and at FOX 5 News as a part-time reporter and anchor for 'Good Day New York' and 'Sports Extra'.

Tina Cervasio has a heart for charities. She serves on the fundraising committee for Clara Maass Medical Center Foundation and David Deihl Golf Invitational. She regularly visits the New York City Public School to motivate the students with Sports and Arts in Schools Foundation.

Tina Cervasio emceed for a number of fundraisers each year including Voices against Brain Cancer, United Way of New York, Coaches vs Cancer and many others.

She is also very active in Women in Sports and Events. She joined Inside Sports Group in 2017.

Tina Cervasio is a married woman. She is married to her longtime dated boyfriend turned husband, Kevin McKearney. Her husband Kevin is the son of Mary McKearney and James E. McKearney, the ex-president of Northeast Ohio Group.

Kevin McKearney is the director of marketing and public relations for a Scratch-Less disc in Clifton, N.J. He also serves as a statistician for New Jersey Nets.

The couple got married on November 21, 2004, at the Holy Family Church in Nutley, N.J. by a Roman Catholic Deacon Joseph A. Dwyer Jr.

There has been no any news or disclosure on their children. The couple is leading a blissful marital life with mutual understanding and respect.

Tina Cervacio has not disclosed much information regarding her personal affairs.

Tina Cervasio has got a good amount of net worth. Though the exact figure of her salary and net worth is not published by any sources, Tina Cervasio is assumed to have least of $1 million dollars net worth attributed from her involvement, expertise, and popularity.