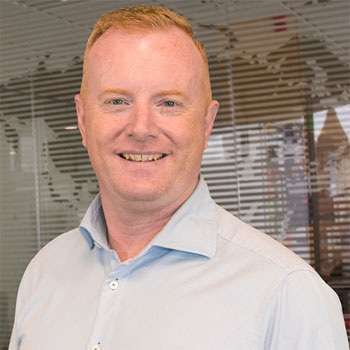 New Zealand’s Commissioner, Tim Anderson is known for his incredible business mind. He explained Indonesia's explosive recent growth in the Airport and Aviation sector and also discussed where the opportunities are for New Zealand companies.

Anderson is a member of the NZ Indonesia Association and the ASEAN-NZ Business Council and is on the steering committee of the NZ-Indonesia Friendship Council.

Tim Anderson was born in New Zealand. He belongs to Caucasian race/ethnicity and holds a Kiwi nationality.

Anderson studied Mechanical Engineering as an undergraduate at the University of New South Wales.

Following his graduation, Anderson was employed as an engineer, managing research in the heat transfer & IC engines laboratory in Mechanical and Manufacturing Engineering School at UNSW before taking a Ph.D. scholarship from the University of Waikato.

Anderson was awarded Ph.D. for a thesis entitled “Thermal Aspects of Building Integrated Photovoltaic/Thermal Solar Collectors.” Later, he took up his position as a Lecturer in Mechanical Engineering at the Deakin University.

In 2011, he was appointed to the position of Senior Lecturer at AUT where Anderson continues to develop his research on solar energy.

Tim Anderson worked as a business advisor since 1993 after Prime Minister; John Key confirmed his appointment during the speech in Indonesian Forum.

After working almost for twenty years, Anderson joined New Zealand Trade & Enterprise (NZTE). Apart from that, he is also a member of the ASEAN-NZ Business Council and the NZ Indonesia Association.

Currently, Anderson manages New Zealand's business relationships with the fast-growing market. It is based in Jakarta which is ranked New Zealand's eighth largest export destination.

Tim Anderson has kept his personal life away from the media. He seems like a married man; however, there is no information available regarding his wife and children.

Anderson’s professional life has overshadowed his personal life and detail information about him is yet to be revealed.

As a Trade Commissioner, Tim Anderson has earned a decent amount of salary from his career. As of 2017, his net worth is under review.

However, according to sources, the normal salary of New Zealand Trade and Enterprise employs is $132K per year. So we can assume that Anderson’s net worth might be in six-figures.