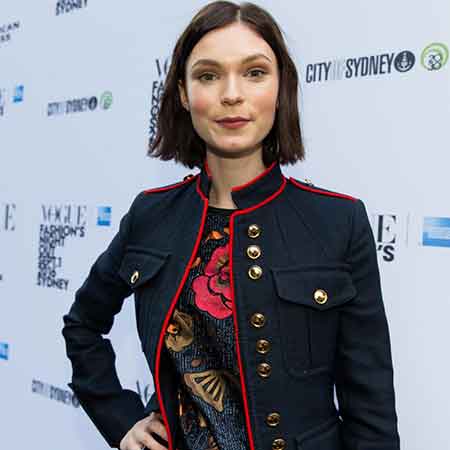 Australian actress Tilda Cobham-Hervey started her career as a circus performer. At the age of nine, she trained and performed in the Adelaide-based youth circus performance troupe Cirkidz where her specialties were trapeze, acrobatic pitching, and hula hoop. Later, she developed an interest in acting and made her acting debut at the age of sixteen in an independent film 52 Tuesdays. The strong, independent, confident, and talented actress Tilda, managed to make a name for herself in a short period of time. Let us take a look at her journey so far.

Tilda Cobham-Hervey was born on September 1994, Adelaide South Australia, Australia to Geoff Cobham and Roz Hervey. Her father is a set and lighting designer and event director and her mother is a dance teacher and former dancer.

When Cobham-Hervey was nine years old she trained and performed in the Adelaide-based youth circus performance troupe Cirkidz for almost seven years. Hula Hoop, Trapeze and Acrobatic Pitching were her specialties while performing in the circus, however, her main priority was on theatre and storytelling.

In 2009 she became a founding member of an Adelaide circus group called Gravity and Other Myths. At the same time, she won the Adelaide Fringe Festival's Best Circus award and the festival's Tour Ready award and few more for co-devising a show named Freefall.

Similarly, at the age of 14, she toured to 17 regional cities in Australia and also in Canada, Korea, and Ireland.

"The physical theatre I’ve done very much enabled me to use physicality and understand that you don’t always have to do a huge amount but instead simply feel that which is required".

Regarding her education, she attended Marryatville High School.

Tilda Cobham-Hervey stared her career in the big screen after appearing as Billie in the film 52 Tuesdays (2014) which was nominated for Australian Film Critics Association Awards and Film Critics Circle of Australia Awards. She continued to work with Closer Productions on cross art from installations.

In the same year, she appeared in the supporting role in Projector Films feature One Eyed Girl as Grace and also in Marcia & The Shark as a lead role Marcia. After a year later, she starred in the drama film, Girl Asleep directed by Rosemary Myres. Her other movies include The Suitor, Hotel Mumbai, and Burn. As of 2018, she is busy working in her upcoming movie I am Woman.

Cobham-Hervey officially made her television debut in 2015 in an Australian television drama show The Kettering Incident where she appeared as Eliza Grayson for eight episodes. Besides, she also appeared in How We Make Movies (2014), Barracuda (2016) and F**king Adelaide (2017).

The net worth and salary of Australian actress Cobham-Hervey are not revealed yet. It is still under review. However, considering her dedication and hard work towards her career, we can a s sume she earns a decent amount of money from her career.

Tilda Cobham-Hervey is dating British actor Dev Patel who is famous for roles in movies like Lion and Slumdog Millionaire. The couple first met on the set of Hotel Mumbai which is based on a true story drama. They were first spotted together publicly in February 2017.

The pair is quite private about their relationship which is why nothing much is known about them, however, if we believe the sources, the pair is very much in love and shares a blissful and happy relationship. As of 2018, she is residing with boyfriend Patel in Sydney, New South Wales, Australia.

Check out her video with Sophie Hyde talking about the movie 52 Tuesdays.