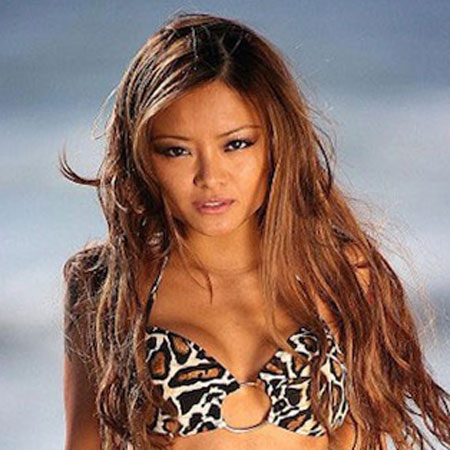 Tila Tequila is a model and TV personality. She rose to fame after becoming the most popular person on MySpace. A Singaporean-born and actress raised in Houston, Texas. In 2001, she moved to Los Angeles to pursue her modeling career.

In 2003, she made her reality television debut on the Surviving Nugent (2003). In 2007, she released her debut single I Love You. In 2008, she released her book Hooking Up With Tila Tequila: A Guide to Love, Fame, Happiness, Success, and Being the Life of the Party in 2008.

Thien Thanh Thi Nguyen aka Tila Tequila is a television personality as well as a model. She was born on 24 October 1981 in Singapore. She is known as Tila Tequila and also as Miss Tila by her stage names.

Nguyen’s family emigrated to Singapore from Vietnam after the Vietnam War. Her father is a Vietnamese and her mother is a French-Vietnamese.

She is the youngest child of her parents. She has a younger brother named Daniel and also has an older sister named Terri. When she was one year old her family shifted to a strict Buddhist community but left the community when she was eight.

Before transferring to another school Nguyen was sent to a boarding school for her combative behavior. When she was in her high school she used to use her sister’s identification card to enter into nightclubs and there she began taking drugs and also joined a gang.

When she was 16 she ran away to the New York for several months. In the following year, she became pregnant and suffered from a miscarriage. She graduated in 2000 from Alief hasting High School. But in 2003 in an interview, Nguyen had stated that she just had only taken some classes but she does not have a degree.

Nguyen began her career when she was 19. She was offered a chance to model for a magazine named Playboy by a scout at the Sharpstown Mall. After doing the test shoot she eventually moved to Southern California and featured as Playboy's Cyber Girl of the week 22nd April 2002.

After that, she became the first Asian cyber girl of the month. She had frequently hosted on the first season of the Fuse TV’s show called Pants-Off Dance-off. She was also featured in the cover of Stuff magazine in the issue of April 2006.

In 2006, she appeared in the cover of Maxim UK where she had been ranked 88th in their Hot 100 List and also appeared in the issue of 2007 December and also ranked 100th in the Maxim Hot 100 list. On 6th April 2007, Tequila appeared as one of the 12 strangers in the first game of NBC’s game show named Identity.

In the same year, she also made a cameo appearance on the show War At Home. In 2007, she acted in a film named I Now Pronounce You Chuck and Larry as Hooters Girl. She also featured on the front page of magazines like King, Blender, Penthouse and Steppin’ Out.

When Nguyen was 20 she got interested in rock music. Then she assembled a band named Beyond Betty Jean and started singing and writing songs for the band. After the Beyond Betty Jean band broke up she became a lead singer of a band Jealousy.

In April 2006, Nguyen signed to the Will.I.Am music group. She released her second official single Stripper Friends on 9 October 2007. Nguyen officially released her single I Fucked The DJ in April 2010.

Tila Tequila's Net Worth And Salary

Singaporean-American model and TV personality Tila Tequila earns a hefty money from her career. According to Celebrity Net Worth, her net worth is $500K as of August 2018.

She is known for her appearances in men’s magazine named Stuff, maxim and also Playboy. She is also known for her role as host of Fuse TV show named Pants-Off Dance-Off. She had got her name Til Tequila at the age of thirteen. Her height is about 4 feet 11 inch.

On 9 December 2009, Nguyen had stated that she was engaged to Casey Johnson. But unfortunately on 4th January Johnson was found dead due to Type I Diabetes which he had suffered long. In 2011, a video was released by Vivid Entertainment with adult actresses named Charlie Laine and Kristina Rose. But she had stated that the video was only made for her personal use. Her body measurement is perfect.