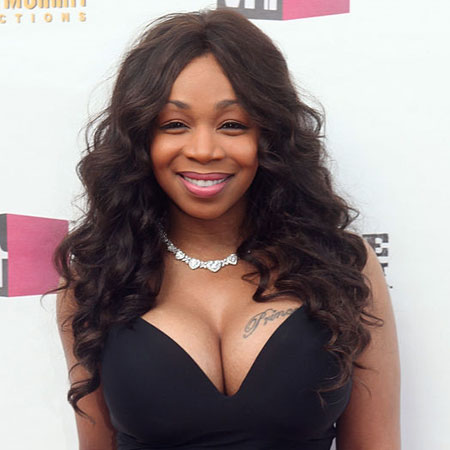 She is also infamously known as HBIC which means Head Bitch in Charge. She gave this name to herself to taunt her fellow competitors in the television show, Favor of Love.

Tiffany Pollard was born on 6th January 1982 at Utica, New York in the United States of America. She is the daughter of Michelle Rothschild-Patterson. She is an American by nationality and African American by ethnicity. Rapper Flavor Flav gave her the nickname, 'New York.'

Tiffany Pollard got her breakthrough into television as the Contestant and runner-up of the first two seasons in the reality series, Flavor of Love (2006-2007). She made a debut appearing as a client in the 2008 movie, First Sunday. Tiffany has appeared in over a dozen television series after her debut appearance in Flavor of Love.

Tiffany has also appeared as a guest on most viewed television shows like the Jimmy Kimmel Live, The Tyra Banks Show and the Saturday show.

In 2017, Tiffany is working on a show named, famously single. She participated in the British reality show, Celebrity Big Brother in 2016 and was able to win 4th place. She also appeared as a panelist on the 2016 show, Big Brother's Bit on the Side.

Tiffany has appeared in a couple of theater roles in 2009 and 2010. She was featured in The Clean Up Woman and the Trial of the Chicago 7.

On the Half Way To Be Millionaire

Tiffany Pollard is paid quite well from the super hit television shows that she is working with. Some sources reveal that Tiffany Pollard has an estimated net worth of around $500 thousand. She has added all of her worth from TV appearance.

The personal life of Tiffany Pollard has not been very smooth. She has been into several relationships but none of them lasted long. At first, she got engaged to her boyfriend Patrick "Tango" Hunter who was the winner of I love New York Season 1. They were together for a short stint of six months, but Hunter broke up with her at the show's reunion.

Later on, she got engaged to George "Tailor Made" Weisgerber in 2007 but separated the next year. He is the winner of I love New York Season 2. Tiffany announced her break up with Weisgerber in a short while.

Tiffany had several other affairs in 2007. She even dated Ahmad Givens, Ezra Masters, and Flavor Flav that year. She is not married yet. In 2016, she was found to be secretly dating Aktion LA Jackson who is a rapper. As of 2019, she seems to be single.