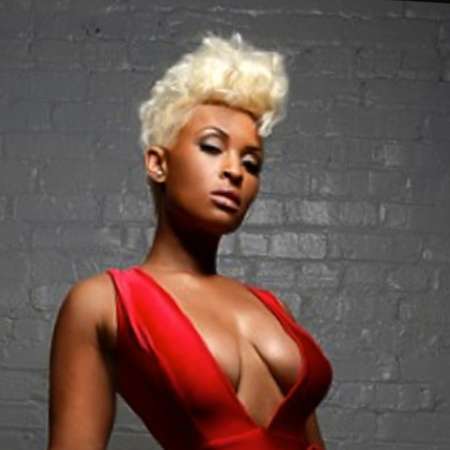 She formed a hip-hop group name June 5th in 2010 and was signed by rapper Lil' Kim to her record label International Rock Star Records in 2012. Since then she has released three mixtapes, Yellow Tape, Goal Diggers and King Foxx. She also appeared in the fourth season of the VH1reality show Love & Hip Hop: Atlanta.

Tiffany Foxx was born on November 27, 1985, in St. Louise, Missouri, USA. The place is famous for being home to successful recording artists. Not much is public about her parents, sibling and about her childhood except that she played piano and clarinet since she was a very young girl and her creative song writing came out due to her love of poetry in her childhood.

She found her pa s sion in music from her very young age. Although she played piano and clarinet she exposed her talent through her pa s sion for writing poetry. After her got exposed to Nelly, popular artist from her hometown, she started rising to different level. She started putting her poetry to music.

Her educational background is that so much put out in the public though with her popularity getting a rise more about her can be expected to be updated soon.

Foxx states Lauryn Hill, Lil’ Kim, Eminem, Adele and Queen Latifah are the artists who have been irreplaceable musical influences for her. Besides, she also looks up to other artists like The Notorious B.I.G, Jay-Z, and Tupac.

Tiffany Foxx along with artists like Scar Ladon and Brooke Holladay formed a female rap group in 2010 named June 5th. They all hailed from St. Louis, Missouri the group was signed under the label Mizay Entertainment.

The Group released their first mixtape called HERstory on March 24, 2010. Lil’ Kim signed Tiffany to her label International Rock Star Records in 2012 and they have released two songs together; “Twisted” and Jay-Z”. The music videos of the songs have also been made. She plans on getting her mixtape titled “King Foxx” released on Valentine’s Day of 2014.

Her other mixtapes are Yellow Tape and Goal Diggers. She has a clothing line called “Drugs Clothing Line”. She sings about her love for fashion and her struggle in her songs.

Tiffany Foxx's Net Worth And Salary

Tiffany Foxx's net worth is $1 million at present. She has earned a huge amount of money from from professional career.

Nothing is firmly known about her love life as well her Personal life. She is very good friends with rapper Lil’ Kim and they can be found together at parties. She had to pa s s through a few sexual a s saults and let alone some personal struggles.

Due to her journey of struggles, she appears as one of the strong girls who wants to chase her dream anyhow. She had to face biased deals from her past managers and also had to be the victim of the faulty character of industrial faces but despite all she struggled and remained focused which became boon to her as she is in the verge of establishing herself.

She is an American and is blonde. She is a blonde bombshell with a good height and is busty with a very sexy body. She is a very young rapper on the scene. She mostly shows up with short hair styled perfectly to match her hip-hop looks.

Her very sexy and hot pictures are available online and also she looks very sexy in the music videos she has done. Awards are yet to come for the young and talented Tiffany Foxx.

She is a struggling rapper and hasn't yet revealed her net worth but she might not be the million dollar baby as she is in her struggling phase.

She is one of the struggling rappers in the western world. She had to face ups and downs during her starting career phase but soon with the grace of her hard work and dedication she is one of them to be a celebrity in the upcoming future. With this level of dedication and hard work she in lists herself as an uprising star.