Thorgan Hazard is the Belgian professional footballer. He won the 2013 Belgian Golden Boot while he was playing for Zulte Waregem. He plays as an attacking midfielder or a winger for German club Borussia Mönchengladbach.

Thorgan Hazard was born Thorgan Ganael Francis Hazard on March 29, 1993, in La Louviere. He was the second son of father, Thierry, and mother, Carine.

He grew up in the family where footballers were dominant. His father used to play in Belgium Second Division as a defensive midfielder and his mother as a striker in Belgium Women’s First Division.

Hazard has three brothers: Eden, Kylian, and Ethan. They all were pictured to be a footballer in their life. Eden, the oldest was the main star of their family and has played for Len’s biggest rivals Lille and recently for Chelsea in England.

Hazard belongs to Belgian nationality and regarding his ethnicity, he has a mixed ethnical background.

Thorgan started his career playing for his hometown club Royal Stade Brainois at age five.  Then he played for Tubize. Later at age 14, he was chosen to be part of French Club Lens. He used to play in Under -16 team along with Geoffrey Kondogbia and Raphael Varane.

On 7 April 2010, he signed his first contract for 3 years. During his debut on the pre-seasoned, he scored a goal against Belgian club-Roeselare. He started playing in the fourth division with the club’s Championnat de France amateur team.

He played most of the season with the reserve team in CFA and also with the under-19 team in Coupe Gambardella, he was named to the senior team for the first time on 11 May in Ligue 1 match against Bordeaux.

Later in the 2011-12 season, Thorgan got promoted to senior team permanently and was assigned the number 22 shirt.

He signed for Chelsea on 24th July 2012. In his Chelsea journey, he just appeared ones on 17th August 2012, under -21 Premier League match against Manchester City. On 30th October 2012, Hazard was sent to a season-long loan. He was moved to Belgian Pro League club Zulte Waregem where he scored his first goal on 31 October for his new team against Charleroi. 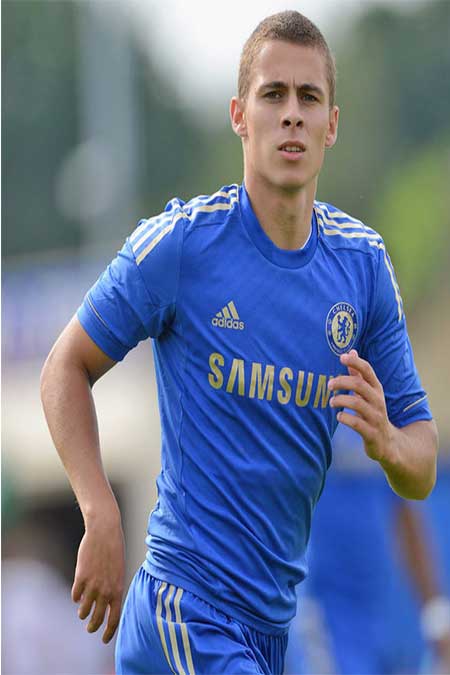 His increasing performance caused him to be loaned back to Waregem till 2013-14. On August 2, Hazard was announced to replace the experienced defender Davy De Fauw.  On 28 November 2013, Hazard scored against Wigan Athletic in UEFA Europa League Group stage. As he continued, he was voted Zulte’s player of the season as he scored 17 goals in 53 matches. Hazard won the Belgian Player of the Year Award.

On 23 February 2015, Hazard signed permanently for Borussia Mönchengladbach. He joined a 5-year contract till June 2020. The transfer fee was reported as €8 million, 16 times more than what Chelsea paid for him.

He is in the national team in the U-21, U-19, and U-15. Currently, he plays with Steven Defour, Dedryck Boyata, and Simon Mignolet.

Throgan Hazard is a married man. He tied the knot with his longtime girlfriend Marie Kindermans in December 2016. The couple dated for a few years before they exchanged the vows. His wife Marie is two years older than him. 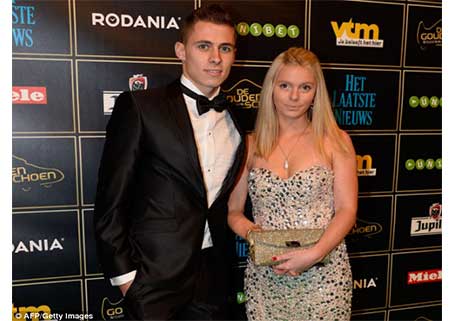 It has been reported that the couple has two children. They welcomed their first child a daughter named Elayna Hazard before their marriage. Kindermans gave birth to their second child, daughter on June 1, 2016.