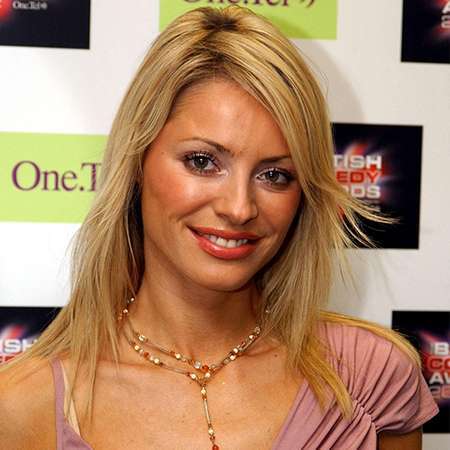 Helen Elizabeth Tess Daly, an English model/TV presenter, is best known for co-presenting the BBC One celebrity dancing show Strictly Come Dancing since 2004. She began her career as a model and later turned to a television presenter of numerous popular British reality shows.

Her anchoring journey started when she hosted the L.A. Pool Party in 2001. Following year, she co-hosted SMTV Live on ITV/CITV. She then moved to Channel 5 to host a new show Back to Reality with Richard Bacon.

Daly has also made a guest appearance in numerous television shows including Shooting Stars, Davin and Celebrity Juice.  In 2017, she became the new face of Vitaboitics Wellwoman supplement brand.

Tess Daly was born on 27, April 1969 in Derbyshire in England. She was born to father Vivian Daly and Sylvia Daly. Her father died due to emphysema in 2003. She is the eldest daughter of her parents. She has a sibling sister named Karen.

Although her birth took place in Derbyshire most of her childhood memories remain in Birch Vale near New Mills as she spent her growing periods in there. Although she missed her father at a very early age she had a younger sister to spend good times with. Karen and Tess were a good friend and good sisters as well.

Tess Daly began her initial career as a model. She scouted outside a McDonald’s restaurant while waiting for her sister in Manchester. After six weeks, she turned 18 and went to Tokyo, Japan for the first professional modeling job. 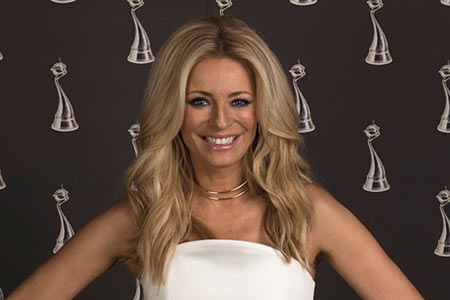 After completing a series of work assignments across Europe and Asia while in London, she was based in Paris for five years. She then returned to London for next months, before relocating to New York for five years.

In 1990, she featured in two Duran Duran videos for the songs ‘Serious’ and Violence of Summer (Love’s Taking Over, both from the album Liberty. She was later the face of lingerie company La Senza in the UK and appeared in their steal the Show Christmas 2009 campaign.

She started her journey in media by interviewing celebrity in the red carpet but later she made a breakthrough after Channel 4 producer signed a contract with her to host the show Find me a Model competition.

She also hosted shows like Get your Kit off, Smash Hits TV, Singled Out, Back to Reality and SMTV Live. She also handled a program like The National Lottery show and This Time Tomorrow on BBC One.

Model and TV personality Tess Daly earns a huge amount of money from her career. She shares $2.62 million (£2 million) net worth with her husband Vernon Kay as of June 2019.

According to a source, Daly’ salary is in the range of $150K-$230K per annum. She also receives a good amount of money from endorsing several brands. Her books are available on Amazon on $1.09 each for two books and $12.99 for one book.

The couple lives in a lavish mansion in Beaconsfield, UK. They also have a number of cars of different brands including Range Rover, BMW, and Mercedes.

Tess Daly is a married woman. She is married to her longtime boyfriend Vernon Kay since 2003.  The duo met each other in early 2001 and dated a few years before getting married in 2003. It was love at first sight for Kay. He asked Daly for her hand in marriage on Christmas Day in 2002.

Their wedding ceremony was held on 12 September 2003, at St Mary’s Catholic Church in Horwich, near Bolton area. 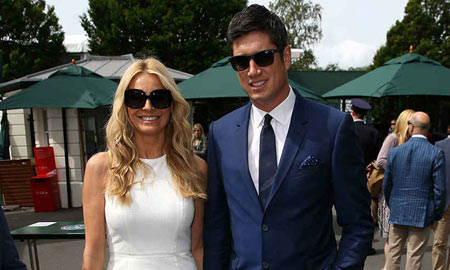 The couple shares two kids together. Their eldest daughter named Phoebe Elizabeth Kay was born on 17 October 2004. And after five years, Daly welcomed their second daughter named Amber Isabella Kay on May 2009.

Daly is happily married to each other for a long time without any divorce rumor. The family of four attends several red carpets together. As of June 2018, they reside in Fulmer, Buckinghamshire.

Her husband Vernons Charles Kay is an English TV presenter, Radio DJ, and a former model. He is popular his television roles with ITV, presenting shows like All Star Family Fortunes, Splash! (2013-14). He is active on the entertainment world since 1995.

In 2004, Kay hosted the third series of Celebrities Under Pressure on ITV. Since 2006, he has hosted primetime game show All Star Family Fortunes.

He has presented in numerous TV series of various channels including BBC One, BBC Three, ITV and Channel 4. Kay also served in various radio stations from 2004-2018. He also made a cameo appearance in Keith Lemon: The Film in 2012 and in Hercules in 2014. Kay also plays football in the BAFNL Premier South division for the London Warriors.

She has contributed in three specific fields basically. She has registered success in Modeling. Her first modeling job happened to be in Tokyo. Later she was based in Paris for about 5 years in the modeling career. She moved to London for about 6 months prior to her shift to New York in the process of the job for 5 years. She also registered her entry in some music video of songs like Violence of Summer and Serious. She is known for her appearance in The Beloved. Lately, she is the icon of lingerie company La Senza in the UK and has also appeared in campaign-Steak the show Christmas 2009.