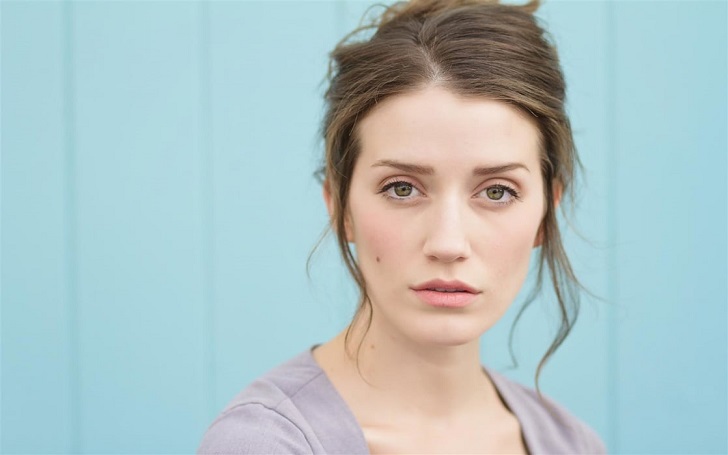 Teri Wyble is an American actress best known for playing the role of  the vigilant Officer Shepherd in the AMC hit drama series, The Walking Dead and the human resistance soldier Mariam in Terminator Genisys.

Teri Wyble was born in the small Cajun town which is located in Arnaudville, Louisiana. She was born to her father Huey Wyble and mother Angela Wyble.

She was raised by her parents along with her four elder siblings. She is of American nationality and belongs to white ethnicity.

At an early age, she was doing modeling and dancing. That was the time when she decided to be an actor. Teri has attended the University of Louisiana at Lafayette from where she graduated with a BFA in Dance.

After her graduation, Teri Wyble moved to New Orleans and started her acting career in the burgeoning film industry of Louisiana.

She made her acting debut with the role of Dominic Cooper's wife in fantasy thriller film, Abraham Lincoln: Vampire Hunter, in 2012.

Teri received a Model of the Year title at the 2010 World Bodypainting Festival in Seeboden, Austria. Later in 2014, Teri appeared as the vigilant Officer Shepherd on AMC hit drama series, The Walking Dead, alongside Andrew Lincoln, Norman Reedus and Steven Yeun.

In the following year in 2015, she played the role of the human resistance soldier Mariam in the fantasy sci-fi film, Terminator Genisys.

Teri currently working as a model and film and TV actress between Los Angeles, New Orleans, and Atlanta.

Being a successful film and television actress, Teri Wyble earns a decent amount of money from the entertainment industry.

The figure of her total fortune has not been disclosed. However, looking at their success, we can assure that her net worth is probably in millions.

The exact salary of the Walking Dead star is also not available but according to some online sources, an actor in the United States earns approx. $50, 000 per year on average.

Moving towards the personal life of Teri Wyble, the actress seems to be pretty secretive about her relationship details. In her interviews, she has never disclosed if she is single, dating or already married.

Scrolling down the Instagram account of the Walking Dead star, we also don't find her posting any cozy photo with a man who we could assume her boyfriend or husband.

We have found from the social media site that she loves dogs. She has many dogs in her house.

Teri is probably single right now. Let's wait for her until she speaks anything about her love affairs.