Teri Garr is a retired American actress, comedian, dancer, and singer who is known for her comedic roles. She began her acting career in 1963 and retired in 2011. During her time as an actor, she has been nominated for the Academy Award, the Bafta Award, and the National Board of Review Award.

Teri Garr was born on December 11, 1944, in Lakewood, Ohio, Cleveland, the United States of America under the birth sign of Sagittarius. She was born to her parents, Edward Leo Gonnoud and Phyllis Lind Garr. Her father was a vaudeville performer, comedian, and actor. As for her mother, she was a dancer, a Rockette, a model, and a wardrobe mistress. She is of American nationality, however, she is of mixed ethnicity. She is of Irish and Austrian descent.

Garr has two siblings, Ed and Phil Garr. Her family moved from Cleveland to New Jersey before settling down in Los Angeles. When she was 11, her father pa s sed away in Los Angeles with a heart attack.

Garr was interested in acting and dancing since a young age. So, she trained ballet extensively. She graduated from North Hollywood High School. She then went on to attend the California State University, Northridge for two years before dropping out. She then went on to study at the Actors Studio and the Lee Strasberg Theater Film Institute.

Teri Garr was a married woman. She got married to a building contractor, John O'Neil in 1993. They adopted a daughter, Molly O'Neil in November of the same year. The pair divorced in 1996. 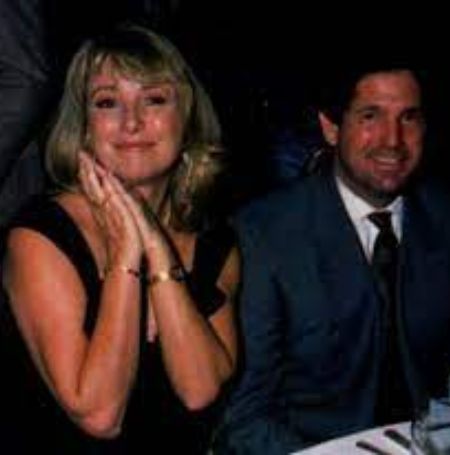 In October 2002, it was confirmed that Terri had multiple sclerosis. She first started noticing symptoms in 1982 while shooting for Tootsie.  In December 2006, she was put in a coma for a week due to a ruptured brain aneurysm. But, after some therapy, she regained her speech and motor skills.

Teri Garr started her career in 1963 with the movie, A Swinging Affair, and Fun in Acapulco. She then went on to appear in Kissin' Cousins, Roustabout, Pajama Party, and What a Way to Go! in 1964. During her early career, she was seen performing as a go-go dancer on several musical variety shows.

From her career as an actor, she has been nominated for six awards including the Oscars and BAFTA. She won the National Board of Review award for Best Acting by an Ensemble for the movie, Pret-a-Porter in 1994. As of 2021, Terri has ama s sed an estimated net worth of around $4 million.